Accolade has been supported by local councils?

Through the 7 years of Accolade’s existence we have been supported by many funders because I think they have seen the value of our work. The Arts Council of Northern Ireland, the Community Relations Council; we were supported by the EU peace funding, Volunteer Now, the Big Lottery, Community Foundation NI and nearly every year local councils have asked us to work with them. We really can say that we have had massive support from many areas.

The work which Accolade facilitates is of a very high standard?

Yes, I would say so. Even though some of the people who came to the community choir had never sang in their life and others had been to choirs and had not been accepted because they were not considered good enough we work with everyone. No-one is excluded.

I can remember a lady who came to me after the first rehearsals she attended, she was crying and she said that if we wanted her to leave we needed to say that straight away to her and to say it to her face to face. She had never been accepted into a choir before, in fact she had been told that it would be better that she mime rather than sing. But we accepted everyone and we work with them to improve them as both individual singers and singers in the choir as a whole. But we also have people, who are singing with Belfast Operatic Society and Ulster Philharmonic Choir.

And you have built up a number of choirs?

Now we have 3 choirs: a Newry Community Choir and a Banbridge Community Choir, and there are no auditions for these two. Those choirs are for everyone and we take people and we teach them. We also have Accolade Studio Voices choir, for which there are auditions and the work is a little bit different.

Accolade also has a Community Orchestra for people of all abilities. And Chamber Ensemble made of more professional qualified musicians (some of them teachers of different instruments)

Accolade has a very successful Ukulele project for people of all ages – 2 ukulele groups, one in Newry and one in Banbridge.

We can work with anyone and we can support everyone, from really good singers to people who have to work a bit harder. The professional singers, we get them into our choir as well, have to help those who don’t have much, or sometimes any, knowledge of music and choral singing.

We take the time to make sure that the work we do is of good quality and of course we want everyone to be inspired and to be happy with their participation.  We want them to love what they do and part of the process is creating a community which supports each other as well. 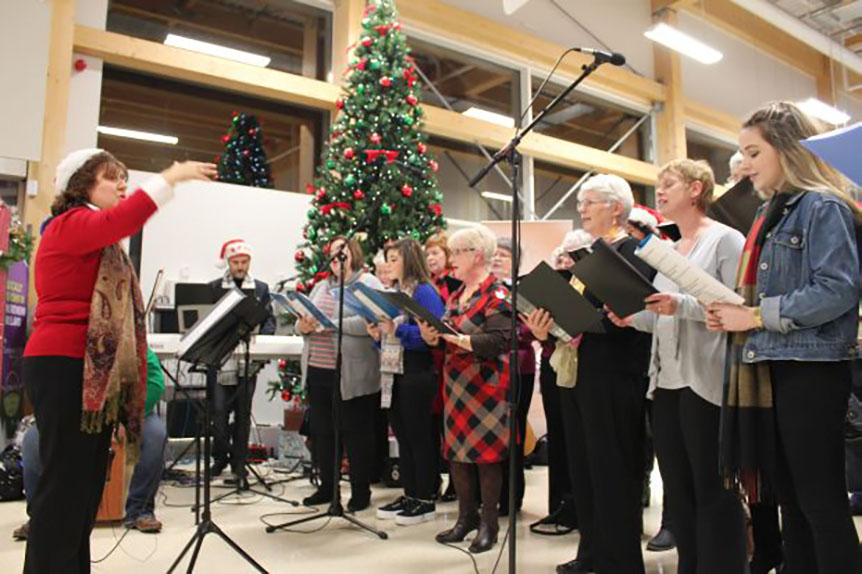 The Community Choir itself creates a “community”?

Yes, absolutely. During the Lockdown there are all sorts of great stories. People have cared for each other, buying food to vulnerable ones in isolation. They have been calling each other on Zoom, on WhatsApp. We have had quiz nights, we have had meetings.

Now we have had rehearsals through Zoom and YouTube. In fact we hardly stopped at all, all of the groups have been keeping up rehearsals.

How have you managed that?

Much of what we have done has been teaching people with an aim to improve everyone’s musical abilities. Obviously it can be very difficult to try to stay concentrated for 2 hours intensive vocal or instrumental work. And it was hard to control 30 people on a screen and make sure that we can all hear each other. But it was part of the socialising and keeping in contact.

A lot of what we were doing was checking in on everyone to see how they were coping. Quite a few people were struggling emotionally, especially people with families who they couldn’t connect with.

One woman was telling me that her daughter and grandchildren came to visit and had to stay in the garden and talk to her through the window. So that was very emotional for everyone. And we have a few members who are in quarantine as well and we found ways to lift everyone’s spirits. Singing and playing is the main thing but we also found we were providing support for everyone. 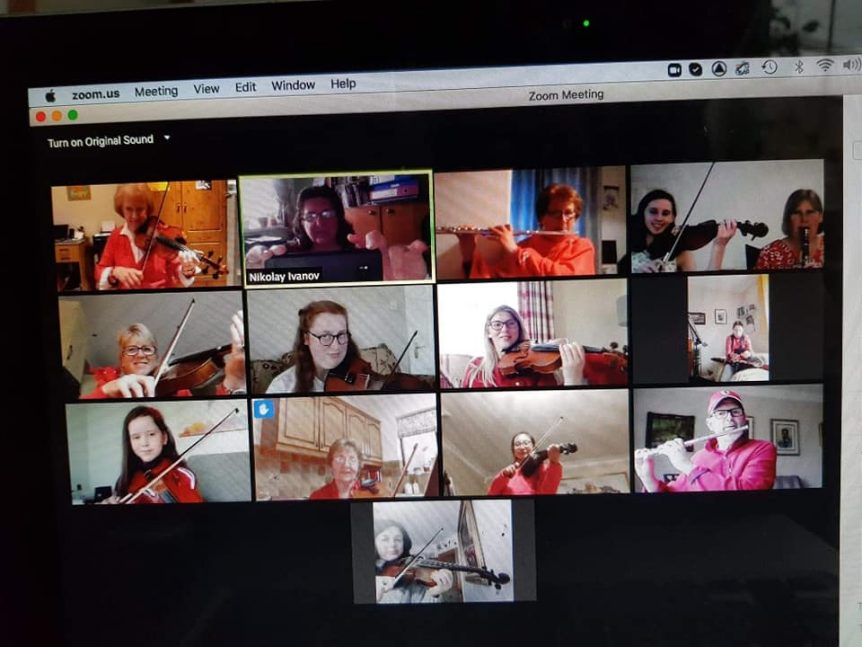 What are you preparing for now?

We are having a summer break for one month. Now that the regulations have eased a little and Lockdown isn’t as extensive as before we had found ways to put good rehearsals together. We had groups of 5 or 6 people to go and sing in member’s gardens. We had a socially distanced rehearsal outside. Everyone kept their two metres distance from each other. It really lifted the spirit of the people.

We have had a live rehearsals with small groups, socially distanced. We have also had combination rehearsals with some people in a garden, connecting with people on Zoom. So we have found ways to get together.

When we come back in August we will be running some intensive workshops, an Accolade  Summer Academy. We have been running these for three years and we weren’t expecting to run one this year but everyone said they would like to do it again this year. So we expect that we will make that happen in the first two weeks of August. It is organised as few series of workshops for each of the groups – choral, ukulele groups and orchestral.

Whatever we decide to do it is the members themselves who are encouraging us to make sure that something good happens. We will make sure we follow all the regulations and that we keep everyone safe and then we will do what we do, bring people together through music. 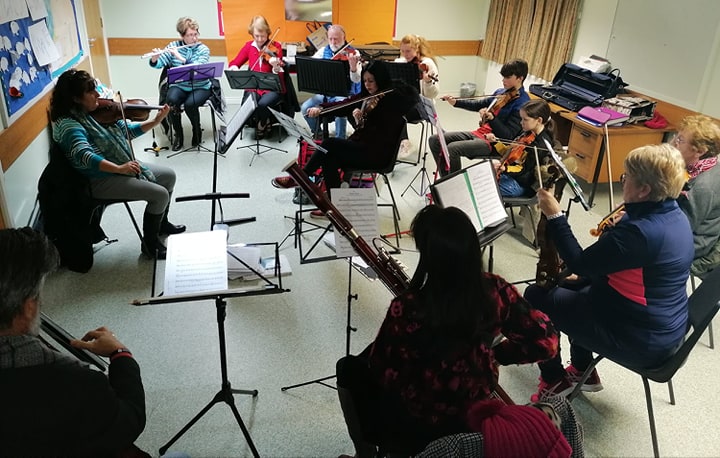