CAP:  We are aware that the value of PAF’s work has been recognised by Probation, the Prison Service and the Department of Justice. PAF’s programmes in custody were evaluated in 2017. Can you tell us something about that?

FC: The report that came out of the evaluation was called Building Foundations for Change: an inquiry into the impact of participation into Prison Arts Foundation’s Programmes. 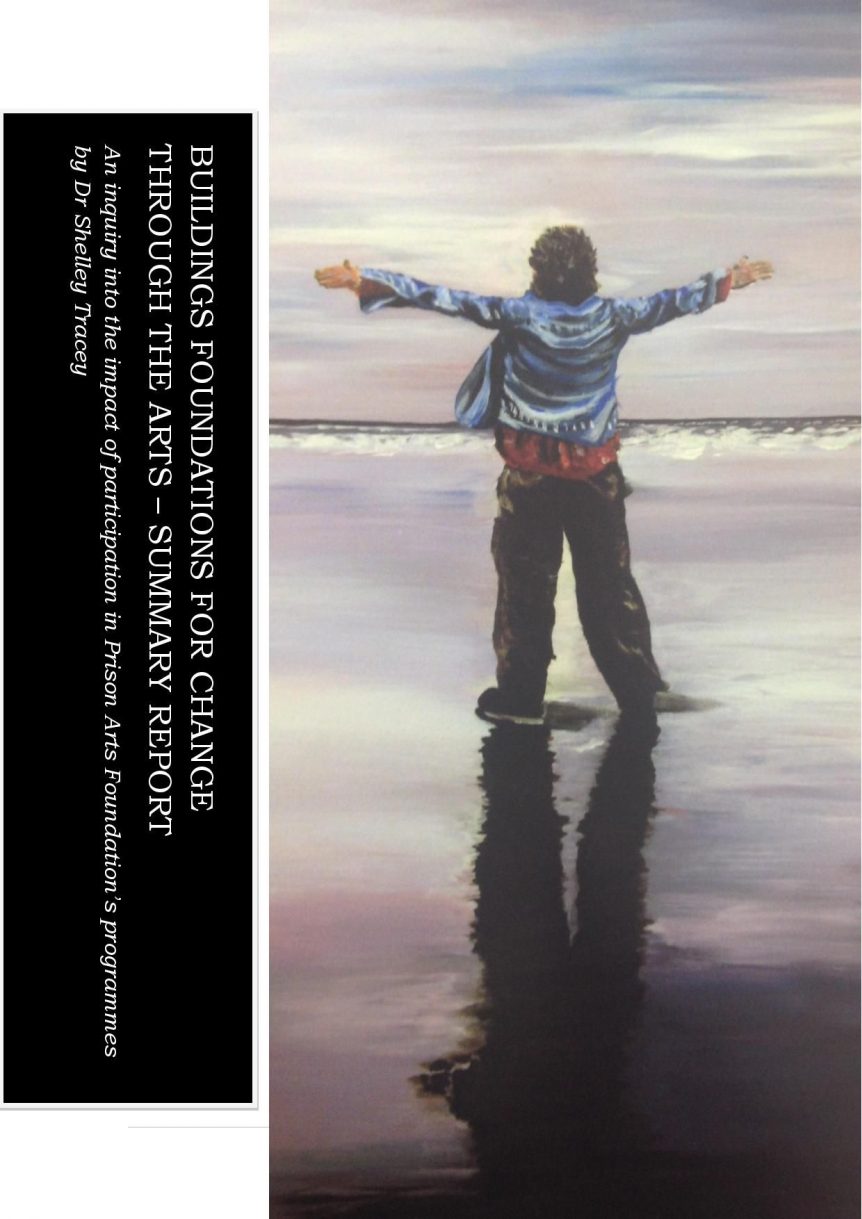 The evaluation took the approach of case studies of six individual artists who had been involved in PAF’s programmes while they were in custody, and also a case study of a writing group of people in custody in Magilligan.

I will read you an extract from the Executive Summary of the report to give you a sense of the findings:

‘All individuals were positive about participation in the arts programmes, affirming the central role which the arts now play in their lives. All reported a renewed sense of purpose and positivity. All of the case studies suggest that participants gained a new and positive sense of identity, as successful artists who were able to communicate their ideas effectively.

The majority of the research participants have won awards for their art, writing or music. Three of the visual artists have achieved art qualifications as a result of the programme.

Participants referred to the contributions they were able to make to others through their art:

A visual artist, who had participated in creating a Holocaust Museums at Magilligan, described how this experience had transformed his prejudices into a desire to communicate the importance of tolerance and acceptance.’

CAP: It sounds as if taking part in the arts programmes made a big impact on the artists.

FC: Yes, it did. In her interview, Pamela Brown will share the findings from the writers’ group in Magilligan.

I’d also like to read a couple more comments from later on in the report:

The first one is:

‘Participants’ stories reveal that art programmes in custody are not superficial leisure activities, but have transformative potential’.

And the second one is:

‘The arts still play a central role in the lives of all six individuals who have been released. This suggests that their persistence with their art in prison has resulted in identity transformation, so that they now perceive themselves as artists/writers/musicians’.

CAP: Fred, you have mentioned that PAF works with prisoners post-release in the community. Can you tell us about this?

FC: Yes, as well as our work in the prisons, we also work with people in the community. Obviously, there are large organisations which do this, but there are gaps, so we try to fill in these gaps.

When I first came to PAF, prisoners were enjoying the work in custody and when they came out, they wanted to continue with this. So, we set up projects inside hostels and got people engaging with our artists. In our Inspiring Change programme, we worked with the residents of three Probation- approved hostels.  We wanted to break down the preconception that the arts are not for people who have experience of the criminal justice system.

Reconnecting with the City, funded by the Belfast City Council, is another community project; this is the first of its kind in NI. It got pre-release prisoners involved in a series of community based creative workshops and guided tours of arts venues.

In these COVID times, along with Start 360 and Probation, we have been trying to maintain contact with some of our clients in the community, so whilst there has been no face-to-face work, we have been giving them enough information and materials to focus on what they can do at home, and that has actually been very successful, from my point of view.

We have developed a project with the Big Lottery, which is a Support Hub.  It has many facets. It’s for people in hostels and people who need something to do or place to go to; they can get a bit of experience with computer skills; hopefully in the future it’s a good educational starting point.

For people who are coming out of prison and maybe have problems with their benefits and accommodation, they can get advice about where to go. We also get them involved with the Community Development Support Network, which is to do with their fitness, heathy eating and wellbeing and so on. it’s a project I have been working on for about a year or so.

People come into the Hub and learn things such as computer skills; it’s a good way of finding out if there is anything people need help with while they are chatting; we can get them the right people to talk to confidentially if they have any problems.

They also help us with typing and other work.  Before lockdown, we were making medical folders for hospitals; they were coming in loose form and we would collate them.  A blind woman who volunteers here was the fastest at it!

We had to close the Hub because of COVID, but we have got it up and running again now with all the safety precautions, the visors and the screen and so on set in place. The Hub also includes our Braille typing and translating into Braille – Maghaberry has a Braille unit, and we do the overflow here.  We have prisoners from the Working Out scheme, ex-prisoners in the community and people on Community Service Orders who help us with the Braille work. 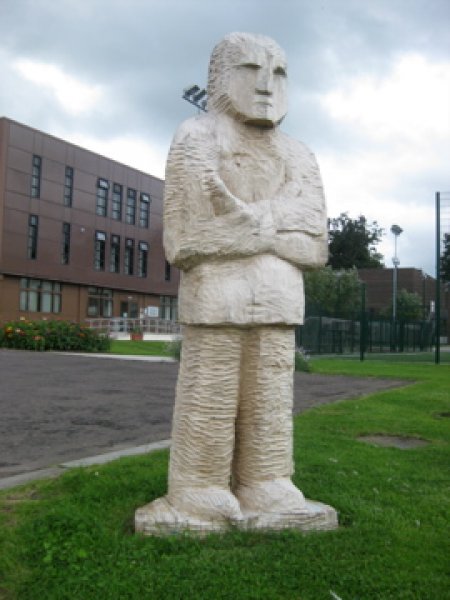 CAP: You have managed to get the HUB up and running again after a lapse during COVID-19. Has COVID impacted on your work in other ways?

FC:  Of course, COVID has caused problems for everyone, but we have managed to keep things going as well as we can. . Some prisoners got out of prison early to reduce the population and to cut down on COVID inside custody So I met up with a few of them some on zoom and some by telephone and we have been doing little projects with them remotely; I have been supplying the artists with art materials, and with the creative writers, I have sent some laptops out to them so they can continue writing and then they send work to us so that our creative writers can take a look at it.

There are also some Zoom classes in the prisons, art classes in Hydebank and Maghaberry, and writing in Magilligan – Pamela will tell you about the writing one. I am having arts materials and acetates of different examples of art delivered to Hydebank. The feedback has been very positive.

I think our work during COVID has shown us how resilient we could be. Our artists are very keen to do more. It would be good if we had more access to Zoom in the prisons. 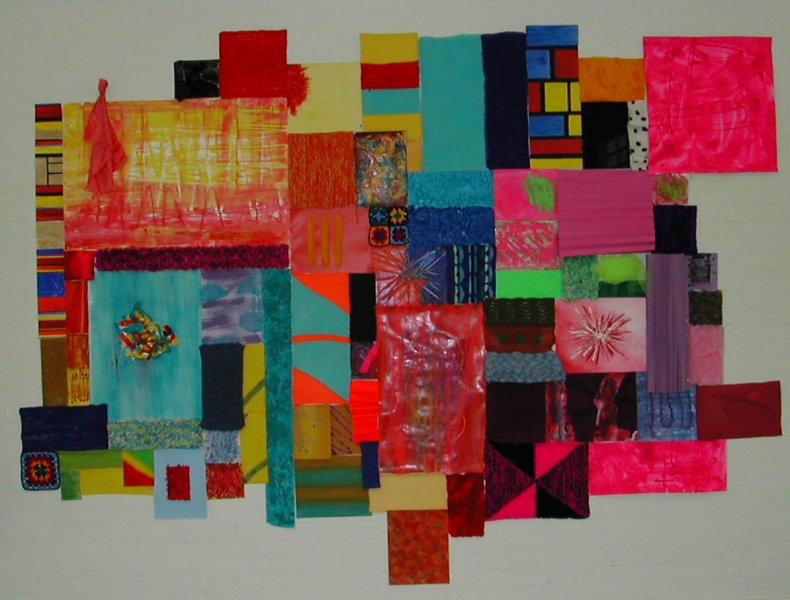 CAP: Fred, can you tell us about PAF’s mentoring programme?

FC:  As well as our arts programmes in custody and our community work, we also had a focused arts-mentoring programme. It was a funded two-year pilot to support the transition from custody into the community for individuals with an interest in the arts. It was also open to those who have been involved in the criminal justice system, but not necessarily received a custodial sentence. Our writers, artists and musicians took part in mentoring training and worked one to one with a number of individuals over an extended period of time. It was very successful.

We are sorry that we haven’t yet had the opportunity to share the results of the  evaluation, which  was very positive. It rated all aspects of the programme very highly, especially  the commitment and expertise of the arts mentors and the structure of the programme. We were also really that the evaluation concluded  that this programme can make a positive contribution to resettlement after imprisonment. The signs are good that it will  also have an impact on desistance from reoffending.

The title of the mentoring evaluation report is ‘The Start of Something Good in my Life’, which was a quote from one of the mentees who took part in the programme. And this is a postcard made during the evaluation by another mentee, along with the comments they made:

“It took all of my strength not to break and go back to the way I was. So this is just, obviously, my experience through art.  It gives me a different outlook on life and a career path.  So art has given me hope in my life.”

Our mentoring funding ended at the end of last year and we had applied for more funding. Unfortunately when COVID came in, the funders had asked us to hold back our application for several months.   Effectively there hasn’t been any mentoring as such.  But we know it was very successful, and we would like to get it started again for a longer period than two years.

CAP: What are your hopes for the future for PAF?

FC: I have lots of ideas. if we could win the lottery I would be over the moon. We would like to expand and have different premises. There are so many artists who would love to work with us.  I would love to get the mentoring running again.

FC: There have been so many highlights in my time with PAF.  I’ve seen I’ve seen so many people progress from prison to community and stay out. I’ve seen the direct impact of the arts.

CAP: We wish you and PAF all the best, Fred. Thanks for speaking to us.