How did Covid 19 and the Lockdown impact your project?

With regards my project, we were looking at working with a highly vulnerable section of our society, in a space that would require substantial effort to maintain social distancing and in particular cleanliness because people would be taking headsets off and putting them on, sharing them and that simply wasn’t possible. That meant some thinking had to be done as to where the project would go in that situation.

A huge stroke of luck happened at that point in the form of a programme of learning called “Innovate Us” offered by Belfast Institute of Further and Higher Education and funded by the Department of the Economy.

This offered a 1 to 1 remote learning programme for 16 weeks that was tailored to my technical needs and I started to learn Unity Game development software for virtual reality, then augmented reality as I started designing for android devices, the ones most people carry in their pockets to facilitate the augmented galleries.

Many of the events that I would normally have worked on like the Belfast Carnival and various other large gatherings had been cancelled so over the next 8 months I worked on the “Innovate Us” course.

Were you constantly developing the project throughout the pandemic as well?

Yes, although it is worth revisiting a few events regarding the development of the project’s key ideas.

The Immerse Project that I spoke about earlier, had looked into using Virtual Reality and music to work with people with disabilities and at one point in 2019 that project went to Hamburg in Germany and later to Switzerland. We went there with a dancer and musician, Mary Louise McCord, who had Cerebral Palsy and who worked with the Wired Project and with Open Arts. On that trip we were able to demonstrate the use of a new instrument that I had designed using the programme, EXA: The Infinite Instrument.

I wanted to bring that performance back to Belfast so that people could see the talent that was part of the Wired project. I was hoping that we would have that event in the Vault Theatre, but we were not able to make that happen due to the Covid 19 restrictions.

From that point onwards I was undertaking the training course and was looking into the Oculus Quest headsets which were affordable and had adequate technical capacity to do what I wanted to do. But the Covid 19 restrictions simply didn’t allow me to proceed with the project as it had been initially conceived.

I spoke to the Arts Council and it was agreed that I could move the project online.

I started working with Paul Marshall from Marshall Arts Media to develop a website and from there we worked with Portrait Artist Jamie Harper and consulted Ableton Live expert Conor Teahan.

We had Wired Ensemble Tim Leatham, Mary Louise McCord and Dan Morgan make some amazing music for the project and then the volunteer subjects Helen Hall, Talia McDowell, Niamh Scullion and Linda Fearon.

Obviously the website is not the finished project but if you visit it, you can imagine what it will be like in full Virtual Reality 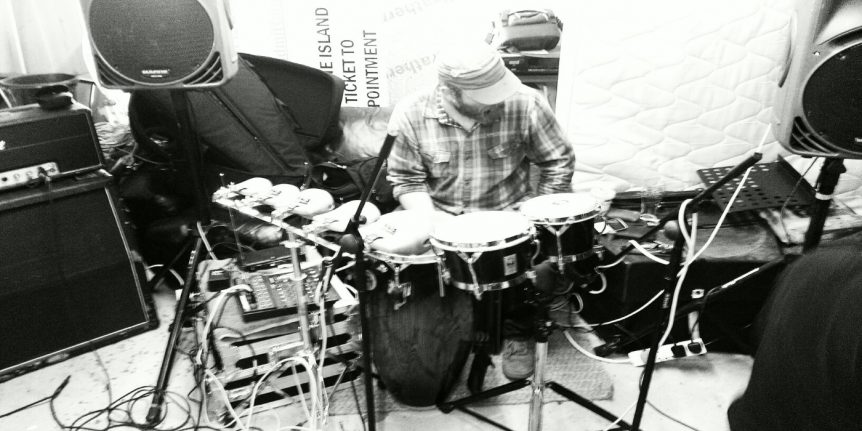