Why is it so important for you to work with people with disabilities?

I found that I could see real potential for developing projects using Virtual Reality technology which would benefit people with disabilities.

I am now doing a PHD researching that question, “Is Virtual Reality good for developing musical interactions between people with disabilities?” This is following on from research being carried out by Alice Wong of the Disability – Visibility Project based in San Francisco which initial research suggested that Virtual Reality technology was useful.

Is there work that needs to be done on the technology?

The products which are available at the moment may need to be looked at. There are ownership questions, there are customisation questions, and there will need to be developments of the present technology to allow a much wider scope for eye movement recognition, gesture recognition, developments like that which will the technology to be used by people with various disabilities. And of course technological developments would also be useful not just for access to the arts and music but for everyday uses as well.

In my own project, we have played with designs in the virtual world to make things accessible although the technology has already been available, either bespoke technology put together by people at the Sonic Arts Research Centre or the commercial off the shelf technology that we can purchase.

I am looking at taking existing hardware and developing and designing software which will allow for bespoke instruments for use in the virtual world.

And while all this is going on you have the website?

Yes, everything you can see on the website was created during Lockdown. We were faced with a situation where we could not develop the project as initially intended and we also found in developing the website that it was very difficult to get material. We couldn’t interview people, we couldn’t take photographs of people, so we had to ask for volunteers and then guide them through a process where we got people to answer questions and record their answers on their phones.

Once I received the files, I edited that material and this went along with the designs which Paul Marshall organised for the website.

I still hope to complete the project. I don’t consider the website to be the main thrust of what I was hoping to do and when we eventually have the restrictions lifted to such a degree that we can organise to bring groups of people together then we will develop the project to its full potential. 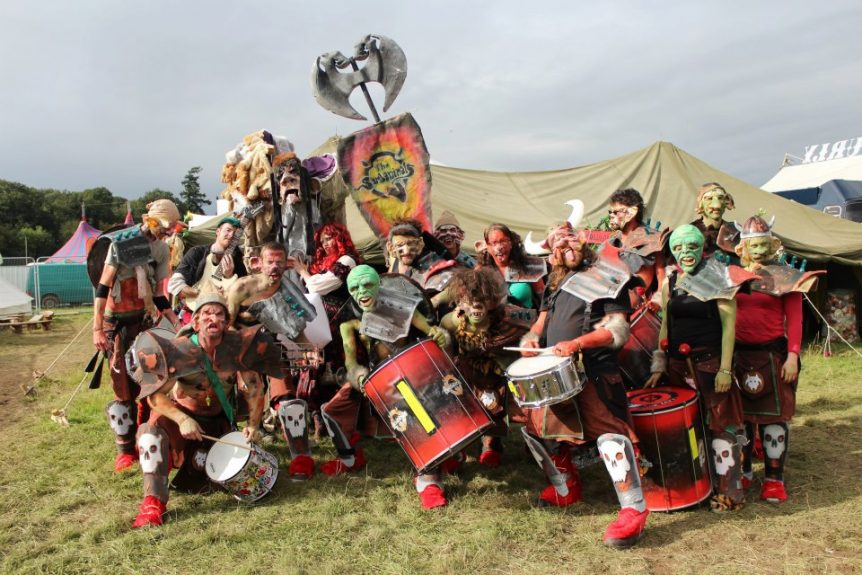 One the Projects Damian Mills is involved in – The Goblin Arrmy