Home » The Monthly » The Monthly interviews Grainne Powell CEO of Sticky Fingers about Lockdown, Children’s Art and the need for play – Part 1

What is the history of Sticky Fingers?

Sticky Fingers was set up in 2002 as the first dedicated arts programme for early years. We were set up specifically to provide quality arts programming for pre-school children. We had a specific role in service delivery so we were creating and delivering arts projects to young children across Northern Ireland. We also advocated through our research projects that the arts and creative play is vital for young children’s development. Our long-term aim was always to establish a dedicated arts centre for young children in Northern Ireland. We achieved that in our hometown of Newry, finally, in 2017. 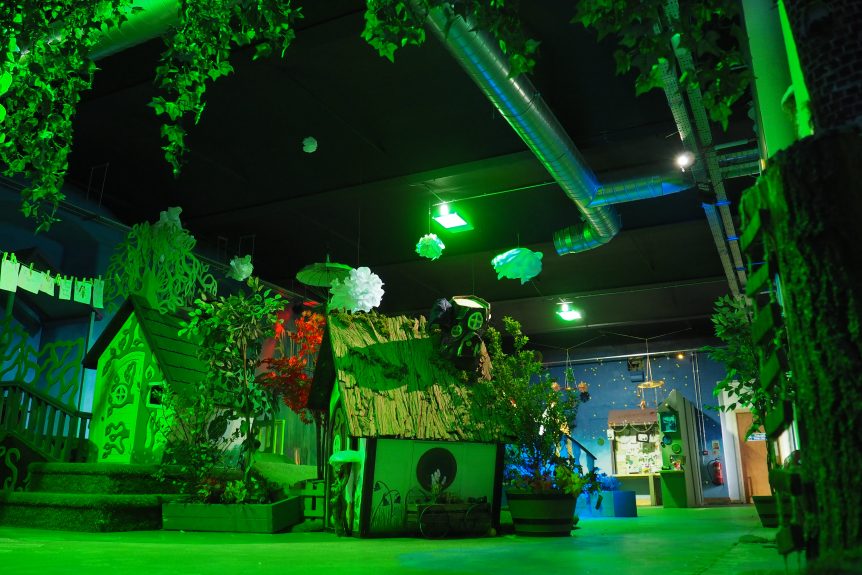 It took 15 years to establish that goal?

Yes. We did a lot of work in those years. We launched the first International Early Years Festival in 2005. We created a “Manifesto for Children’s Arts in Northern Ireland” in 2010 and got the 2 key political parties to sign up to a plan to ensure that art for children would be a key priority for government and that art would be part of the creative development process for children and young families. Unfortunately the Assembly collapsed before that plan could be implemented, but the ideas are still on the agenda and we hope that we can move the process of implementation along.

You also worked internationally during that period?

We were always very lucky to get support from many international bodies and over the years we have established many strong partnerships and friendships across the world, but through necessity we were always looking at new ways that we could develop arts programmes for young children in different ways using different platforms.

As a good example, because there weren’t many theatres in Newry, we had to continually find or develop spaces. We did “Theatre in the Woods”, we did public art, we were continually trying to expand what, and where, constituted art and creative space for children.

In 2014 we were selected to host the “Small Size – Big Festival”, a program funded by the EU Cultural Commission to promote the performing arts for very young children. The festival was a showcase of the outcomes of a four-year program with performances from 22 countries in Newry.

We presented 48 performances in a city that only had one small theatre. So, a lot of imagination and flexibility was required. We had theatre in shops and shopping malls, car parks, street theatre, we had theatre in the post office, anywhere and everywhere.

With over 300 international delegates in the city for 5 days, it was crazy but it worked as the whole town got involved and in true Newry style, doors were opened, and spaces were made, and people were welcomed. By the end there was not a drop of Guinness to be found in either Newry or south Armagh.

Also, in 2014, we erected the Imagination Tower, a significant and impressive piece of public art created by artist Maurice Harron who also designed the famous, “Reconciliation/Hands Across the Divide” sculpture in Derry.

This is a very interesting piece of sculpture because the children we worked with wanted to build a tower, but on that site there used to be army watch towers. The children didn’t know that as it wouldn’t have been part of their memory, but, after some delicate discussions, it was agreed to proceed and it is now significant that a Magic Tower replaced the watch-out towers on the border. This marked a new chapter in local history.

That, I think, is the biggest achievement to date. The reaction to the Giants Lair Story Park in 2016 was incredible. At just over half a million pounds, it was the largest single investment in a children’s arts project in Ireland.

The Giant’s Lair, located at Slieve Gullion Forest Park, attracted over 100,000 visitors in the first year and was listed as the No 1 family attraction in Ireland by the Irish times. The Imaginarium storyland is a follow on project from the Giants Lair.

Would it be reasonable to say that Sticky Fingers has always been ambitious?

People have said that, so it is fair to say that we are ambitious in a positive way. We try to set goals and while the route to those goals isn’t always the most obvious or straightforward, we get there in the end.

If we decide to do something we want to see the project through. When we opened the arts centre in Newry which has gone on to have the highest footfall of any arts centre in Ireland, we did that without any funding. In fact, we borrowed money to fund the Imaginarium because we felt that it was what was needed, and it was the next step in terms of realising our original ambitions.

In 2019 the Imaginarium Arts Centre reached 2nd place in the National Lottery Awards and was the only organisation from Northern Ireland to reach the finals that year, however our biggest achievement was becoming the first Irish children’s arts organisation to win the famous J.M Barrie Award for Outstanding Contribution to Children’s Arts.