Home » Poetry and Spoken Word, The Monthly » The Monthly talks to Melanie McKerchar about writing, poetry and winning the “Your Place” Slam final – Part 2

Melanie McKerchar is an Ōtautahi (Christchurch) poet who hosts and organises events, runs workshops and has been published in literary journals and anthologies in New Zealand. She performs regularly at open mics, features and variety shows. Her debut collection “Nova – with Toes Dangling in Super” is now available. This moving work tackles mental health, toxic relationships, feminism, and politics with raw honesty and humour. Melanie has appeared in the NZ poetry slam finals and recently became the Your Place Slam League Champion after a yearlong international slam competition.

How did the pandemic affect you and your writing?

We had only two months of a full Lockdown and because I am an immunocompromised person I found things very difficult. It was quite traumatic for me just going to the shop because even though we didn’t have much of the virus here locally I still thought I might catch Covid and get very ill and die. I live alone so that was also very difficult regarding my mental health. However, I did have plenty of time for writing and I had time to work on my art as well. This was also around the time that George Floyd was murdered, so there was that going on and other things globally which made me very angry.

At the beginning of the Pandemic, I started off writing humorous material about how you could get through Covid and Lockdown to lighten the mood a little and then I ended up really angry and so that impacted my writing as well. It was almost as if there was something existential going on.

You were part of the Your Place community?

I was one of the founding members of the Your Place events, I was there as a moderator with Rikthemost (the Your Place host) and Emma (a Your Place moderator) at the very beginning. But I was also running online events here in Christchurch; I hosted the online version of an event called Catalyst while were in lockdown. 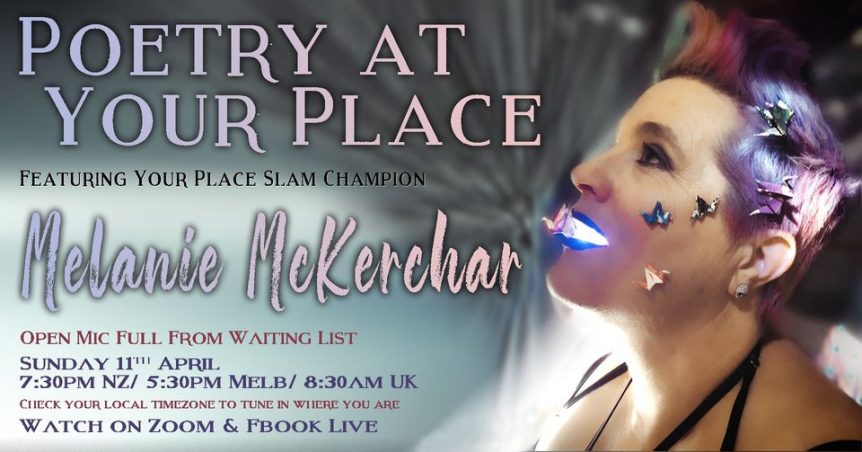 Keep in mind we were back performing live with an audience a few months after the Covid crisis started. That is quite different from what happened elsewhere. I have been to events in London and Melbourne, through the online method, but, and here is where I think we are incredibly lucky living here, we have events where we can actually go and hug each other.

Sometimes I think, having lived in a city like London previously, that you can feel very isolated in New Zealand, but I do think we have been very lucky and we have come through Covid pretty well.

You ended up winning the Your Place Slam Final?

Yes, the first final after a year of online slams. There were so many impressive poets that I feel incredibly lucky to have won, but not only that, Your Place is a community event. There have been people meeting online for over a year now and we have gotten to know each other and so there is definitely a real sense of connection between people who attend regularly.

You also have released a book?

Yes I did that in March and we were a little worried that we wouldn’t be able to have more than a hundred people there but everything worked out fine, and I am also going to have a second launch in my small rural home town where I’m hoping to get some of my old teachers along and if that happens that would be great. 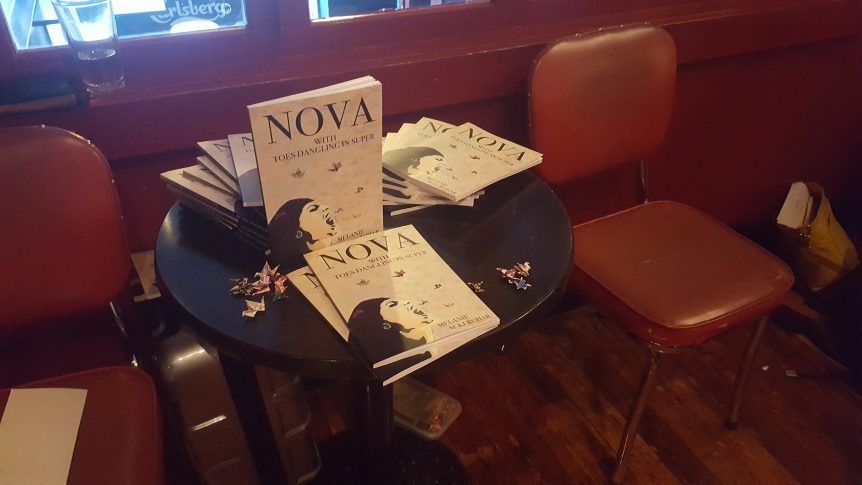 I really want to be travelling the country, touring and performing and promoting my book. I have Chronic Fatigue Syndrome and at the moment it is the worst it has ever been, so I am feeling exhausted all the time. I find that all I want to do is rest and I am even thinking that I might not be able to work.

I wasn’t expecting to be writing anything new so soon after finishing my book but I am looking at writing a Pick a Path poetry book. If you don’t know what that is, it would look like a few lines of a poem and then write three of four different lines veering off in a particular directions or a number of different directions and the reader could have a different experience depending on which line they chose to follow.

Effectively a group of poems would have a similar starting point and then move off in completely different directions. It is based on a popular children’s book which was around in the 1980’s. You would follow the start of a story and then the book would offer you a page to go to depending on which path of the story you chose to follow.

So that is what I am looking at doing now but I am hoping that I will be able to continue performing and writing regardless of the situation with my illness.

You can see more of Melanie McKerchar’s work at the following link – www.facebook.com/tinkerbe11

In order to purchase her book you can email her at:  longlowdogpublishing@gmail.com