Home » Poetry and Spoken Word, The Monthly » The Monthly discusses the struggles to write poetry and the support required to produce a collection with poet Moyra Donaldson – Part 2

You have been well received as a poet?

Yes that’s true, but I think it was worth repeating that there were writers groups and individuals who provided support and the encouragement to help me to get my voice out there in the first place.

Dennis and Rene Greig from Lapwing Publications supported writers and poets through all the grim years in the North. These people made a huge contribution and many people would have found it difficult to keep going had they not been around. My first pamphlet, Kissing Ghosts was published by Lapwing and was my first step as a published poet.

Another important person for me at that stage of my career was Patrick Ramsey, founder of Lagan Press. When I came back to writing, Lagan Press was in the process of dramatically widening the parameters of publishing in the North, bringing forward women poets and voices that might not be entertained by the mainstream or by academic presses. I was delighted to be published by them.

I hope that over my career I have proved to be a relevant voice and certainly the Major Artist Award from the Arts Council was a fantastic affirmation of my work. 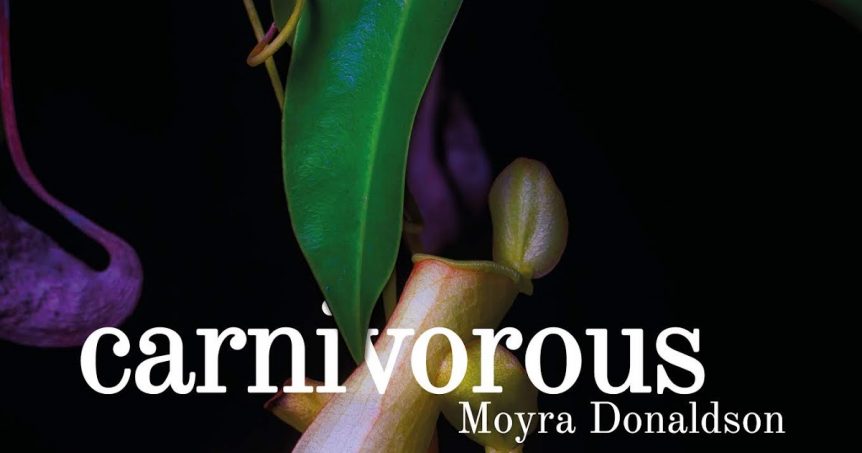 Where did the title Bone House come from?

The title comes from a few different ideas. A bone house is place where bones or relics are placed; an ossuary or charnel house. Also the idea that we carry generations of our history in our bones and our body is a house of bones. There are 4 poems titled Bone House in the book which form the spine of the collection.

You had an award from the Arts Council for this collection, a major artist’s award. Would you have written the collection anyway?
I would have, I think, but it might have taken longer. It was a stop/start journey. I had committed to a book, a collection which would examine the relationship between mothers and daughters and I had read quite a lot of material on that theme. I also had a publication date. But I found that the Pandemic stopped me in my tracks and I had to find a way round that, to find a way through the block, because of those commitments.

Did the collection come easily?

No, I think this has been the hardest of my collections to write. I found during Lockdown that I couldn’t concentrate, I wasn’t reading anywhere near as much, and I had lost a bit of faith in poetry and its relevance in this strange new world. I’ve wrote an essay for The Blue Nib, entitled It’s Personal, about how I found my way back into my love for the genre.

Also, when I came to put the ideas and the themes of the book together it became clear that these subjects are not easy subjects to write about. There was a period where I had to break through my own reticence, my own barriers if you like, to really get the poems to take shape.

What are the key themes in the book?

The main theme is my relationship with my mother – and then the matrilineal influence and its contribution to our lives; what it is that we get from our mothers. From there, what is it that we pass on to our children? What does it mean to be a mother? To be a daughter? I was also spurred on to look at those relationships more broadly because I recently became a grandmother, and that has made me think about those interconnected relationships in a new way.

I look at the question of being brought up in a fundamentalist religious household; what impact did that have, on my relationship with my mother, and then what did that generate in me and my thoughts about parenting.

I am questioning the sort of spiritual abuse which comes with that type of upbringing. I move from there to the notion of how that influences society; the patriarchal orientation, the man is the head of the household and women must obey the man, the father, within that set up. The silencing of women is part of that patriarchal setup and that is something which concerns me.

So all of those themes had an influence in the writing of the collection.

What do you think you had so much difficulty in writing about these issues?

I think there is something inbuilt in us northeners, especially people from my background, an expectation that you keep quiet about things. Especially so, if you are a women. You are encouraged, expected, to keep things to yourself. Keep things within your own family.
The silence of Lockdown and all the fears and isolation that it brought, also had an impact.

You have used a lot of different structures and forms in the book. Why did you take that approach?

I think in some ways that was a way of breaking through the barriers. I found that the ideas which informed the poems suggested different forms. I would have been writing in one form and it didn’t seem to be working so I tried writing with a different form.

I had a notebook which had a group of what I thought were fragments and I couldn’t seem to make them go anywhere. In the past when I have had a fragment I usually find that ideas will come to join it and eventually it will become a poem. In the end I just accepted that the fragments were what they were and by working with them I created four poems all titled Bone House, and as I said earlier they became the spine of the collection. The bony spine on which the rest of the book could hang.

Do you write and then whittle your poems into a shape or do you jigsaw puzzle fragments together regarding your process in producing your poems?

I usually start with a fragment and build outwards. Quite often most of the poem has formed itself in my mind either consciously or unconsciously, before I start to put words on a page. I would love to write really long poems but that isn’t what I tend to do. Maybe that’s my next challenge!

Is there a logical process to your work?

I think it works differently for each book. In one collection I was obsessed with the 18th century, the development of medicine and science, the age of Enlightenment and researching stories from that time. The poems in that book were written following my interest in that period. Another collection was themed around the history of the thoroughbred Horse and the relationship between horses and humans. Some of the collections come more out of lived experience and that’s the case with Bone House. It then ventures beyond that to myth and story.

Research always finds its way into the mix. For Bone House I did a lot of reading about psychoanalytical theory and myth. I came across William Hunter’s book of anatomical drawings, The Gravid Womb, and I was quite surprised that I hadn’t noticed him before even though I had done a lot of research into his brother, the anatomist John Hunter. The theme of this book brought him to my attention where I hadn’t noticed him before.

I doubt that a man could have written this collection. Is there any worth in framing your work as the work of a female poet?

I think that does matter. It certainly mattered when I wanted to become a writer in the beginning of my career. I am a poet, I am also a woman and I am aware that what I write comes through a gendered experience. There is no way around that.
I get great joy from seeing young women emerge now who expect their voice to be heard and who are confident and assured. I really do love seeing that and I think a few of us who have weathered the difficult times have helped develop that situation.

I am really enjoying being part of the Community Arts Partnership project “The Way it is”. I have been paired with the artist, Jasper McKinney and have been chatting with him online. We are working on three pieces each, reflecting our conversations, our inspirations and our ongoing themes. Those on-going tropes that establish themselves as part of a long career.

Beyond that I am thinking about what direction I want to go in regarding perhaps another collection. I still have plenty of work to do promoting Bone House in order to build an audience for my work, and I’m continuing to teach and mentor on-line. I’m working with the NI Hospice and with various literary organisations such as the Irish Writers Centre – so I have plenty to keep me busy.