Home » Poetry and Spoken Word, The Monthly » The Monthly discusses the struggles to write poetry and the support required to produce a collection with poet Moyra Donaldson – Part 1

Do you have any early memories regarding writing?

I loved reading and I loved words and I thought even at a very young age it was something that I could do and that I wanted to do. I wanted to be a writer and to create stories.

It seemed like such a magical thing, to be able to create something that would entertain others, to create an atmosphere and a sense of adventure. That your imagination could conjure up other worlds where characters did things and interacted with each other really appealed to me.

Were you encouraged at school or at home?

My mother read to me and our house was full of books. In primary school we wrote stories and poems, but in secondary school things were much more focussed on the exam system. I loved English at school because I loved reading, but there was really no emphasis on the creative side of things.

That is why I love seeing organisations like Community Arts Partnership going into schools now, helping to develop young students and encourage them to write, especially to write poetry. I really love that CAP takes writers and poets into schools so that young people can see how it can be done and who it is that produces poems.

For a place that is built on language and poetry it is a shame that so little is offered in schools?

Yes I think that is a shame but we just have to keep pushing the idea that writing and poetry are crucial to the development of children intellectually.

I was very lucky in that my mother sent me to verse speaking classes and through that I learned a lot about language and the musicality of language. It was central to my love of poetry. Learning things off by heart was a joy and I have always been grateful for being encouraged to do that. I still have a lot of those poems in my memory banks even now.

What did you study at Queens University?

I studied English Language and Literature at Queen’s University.

Did you develop any influences during that period?

No, not really. There was a big gap between my being at Queens and producing my first collection of poetry. I left Queen’s feeling that I could not be a writer. I went to the University of Ulster to do a postgrad qualification in Social Work and abandoned any hope of being a writer.

Much later, when I went back to writing , I discovered that in the meantime there had been the growth of a community arts movement, where writer’s groups had been established and people were getting together to share work. I joined Ards Writer’s Group, which at the time was being facilitated by Martin Mooney.

During my time at University in the 1970’s , there were very few women writers to look to as role models. I think Medbh McGuckian was the only Northern woman who was being published at the time. There were very few female voices. We were taught the male canon and that was pretty much it. That certainly had an impact on me. I have written quite a lot about this lack of female voices and the influence of absences.

Do you make a decision, at some point, to take writing poetry seriously?

I had applied for a promotion, as part of pushing forward with my career, and I didn’t get the job. I was terribly disappointed, but in the short period after that I was able to think about what it was I wanted to do. I came back to the idea of writing, to the desire I had to be a writer and decided to take that seriously.

Having made that decision, I allowed myself to take my own writing seriously. I discovered that persistence is one of the things you really need as a writer. Regardless of any setbacks I have just kept moving forward with my writing, at the same time juggling that with a career and a family.

You still have to develop your craft?

That is true. I read a lot of other poets, I talked to a lot of poets and writers and I was continually learning how to structure my ideas, set out my poems in order to illustrate those thoughts I wanted to convey. I learnt how to edit, how to focus the ideas within the poems I was working on.

And all throughout this time of development there was support; Joan Newman who was part of the Belfast Writers Group was very supportive and encouraging to me. Martin Mooney, Mairtin Crawford, Damian Smyth, Denis and Rene Greig – people who encouraged and supported me. That mattered immensely; it provided a support system which wasn’t there when I was at University.

It takes time to develop your voice and without support it would have been much more difficult. Support is ongoing too, in that I have a group of poet and writer friends who provide critical feedback and encouragement. We support each other’s work and careers. That mutual support is really important. 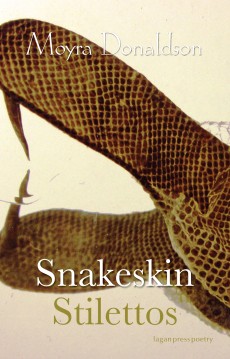 You also worked in the community arts sector?

I did work – and still do – with a lot of people who otherwise who would not been able to access the kind of help in developing their skills if organisations like Community Arts Partnership didn’t exist. I was on the Board of the Community Arts Forum and helped to set up the Creative Writers Forum. Given how important the community networks were to me when I returned to writing I have been committed to being part of that process. I facilitate workshops, I have worked on writing projects and I have been very happy to work with people who are marginalised in society.

I do think that work is important and it also helps keep the work that you produce yourself connected in a way to a wider situation. You realise that there are many people who just don’t have access, whose voices are not being heard and so we work to change that situation.