Your early work was considered by some reviewers to be part of a new movement in poetry in Singapore – is this an accurate description?

Once again, it was by chance that I happened to publish my work around the same time as some of my contemporaries. In 1995, I had a manuscript entitled Pangs of Hunger, consisting mainly of poems I wrote in the US. I submitted it for the Singapore Literature Prize, which at that time was given out to unpublished manuscripts. It was shortlisted but didn’t win. A lot of the other poets who were shortlisted but likewise didn’t win went on to publish their first books, as did I.

At a book fair, I met a friend Enoch Ng from my former army unit, where I was a vehicle mechanic and he was a vehicle electrician. He was interested to look at my manuscript and, after reading it, offered useful advice. My first book Isaac, consisting of new poems as well as poems from that initial manuscript, was published in late 1997 – the first-ever publication by Firstfruits Publications, which Ng set up.

In the late 1990s, several poetry books by new poets were published by imprints like Ethos Books and Landmark Books. And so I joined the ranks of emerging Singapore poets like Alvin Pang, Aaron Lee, Gwee Li Sui, Grace Chia and Alfian Sa’at, and became a part of the movement where the resurgence in poetry was fuelled by regular readings in various locations in Singapore, trips to overseas literary festivals and exposures in Singapore newspapers.

Were you conscious of being part of something which was breaking new ground?

I was very ignorant of the Singapore literary scene then, as I had never studied Singapore poetry. I was typing out COBOL programmes in front of a computer screen during my university days, while other aspiring poets were already entering writing competitions and having their voices heard at the other side of the campus, where the Faculty of Arts and Social Sciences was located. It was only later that I was conscious of the fact that we were doing something different as a group of poets, sometimes called the “fourth generation” in the context of the different generations of poets who had entered the scene before us.

I probably learned more about the significance of the movement I was in, from the newspaper articles that were written about us. Which is how history works, really, with the people caught up in the making of history too busy in the making to be aware of the history.

You have written a number of collections – what are the central themes of your work?

There is a sense of wide-eyed curiosity in my debut collection that I’m quite nostalgic over: being in a strange big country, away from home for an extended period for the first time. In a way, when one was younger, everything looked different. For example, I can only visit New York City for the very first time, once in my lifetime. Subsequent visits would uncover new insights, but they would be experiences distinct from the first.

My second book, do-while, touches on the different cycles in life, between economic boomtime and recession, war and peace, the often-vicious circle. My third book, Frottage (2005), is about the connections between Australia and Singapore, two island nations – and once again, it contains travel poems. 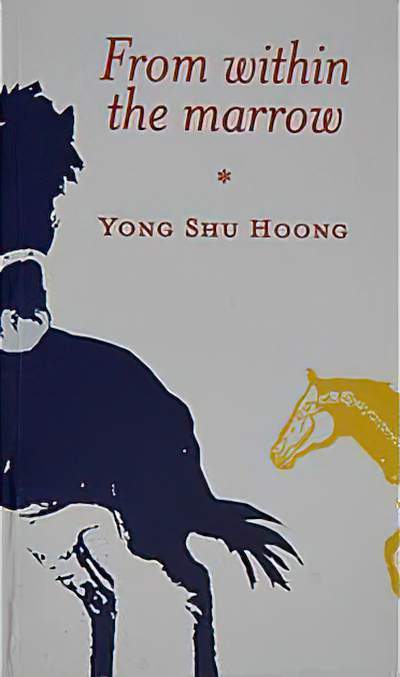 Starting with From Within the Marrow (2010), which unfolds in reverse order from a trip to Denmark and Sweden with three fellow poets to my childhood and birth, nostalgia seems to be a common theme, of the poet looking back.

And this rings true in subsequent collections: The Viewing Party (2013), about death and cinema, and Right of the Soil (2018), about one’s relationship to the land he first set foot on. Of course, in the midst of reminiscing, there is always a sense of the present which reflects the stage of life I’m in. In terms of themes, I do try to vary them across different books. Though nostalgia will once again rear its head in the current book, 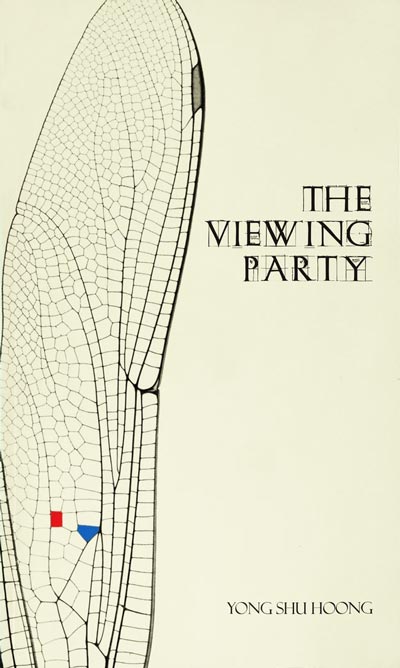 Anatomy of a Wave (2022), inspired by 1980s music and the Covid 19 pandemic, that I’m finalising. Perhaps what’s more common within my work is a certain style that I write in, which the readers may be in a better position to judge. And the humour, almost always dry.

What about form and structure – is that important to you?

After I wrote ‘Away from Home’ and shared it with the members of the Inkshed Press writing group at Texas A&M University, someone suggested that I might try dropping the rhymes in future poems. I did that and never looked back. I very rarely make use of rhymes in my poems, and I’m also quite ignorant about traditional forms, though I wouldn’t say that my free-verse poems are formless and without structure. Perhaps, because I do not rhyme, the line-breaks and division into stanzas become more important, and the use of spacing and tabs is also a part of my toolkit. Also important to me is trying to find the poetry and underlying emotions in very prose-like lines.

You have won the Singapore Literature Prize twice – would that suggest that you have been accepted as part of the literary establishment?

Winning the Singapore Literature Prize (SLP, which is now given out to published works) is largely dependent on the panel of three judges (which includes a foreign judge) and their tastes and preferences, as well as how they balance their objective and subjective views in the judging process. In a way, I consider myself lucky, while at the same time, I pat myself on the back and say, “So what I’m writing is not too bad!”I don’t think I need the SLP to be validated and accepted as part of the establishment; I think one’s work can do that heavy lifting already. But it certainly is a humbling yet very flattering experience to win it not once but twice. I try not to let too much euphoria rush to my head. And I certainly hope that winning the prize would not affect the way I write. It would be terrible to wear the victory as a burden and to be preoccupied with living up to expectations or aiming for another win. Yet if I were to win it again, I should also learn not to be apologetic. The SLP comes with prize money – so my policy is always to deposit the cheque and move on with the next book.

In the past, I thought that poetry and short stories share something in common – in their brevity and an open-endedness that allows readers to derive their own meanings. In recent years, I begin to see more of a connection between poetry and creative non-fiction, in that they are both truth-telling stemming from a very personal space. So instead of trying to reinvent myself as a storyteller always dreaming of making that leap from short stories to a novel, I think creative non-fiction is something I’ll be venturing into more and more. It bodes well for my journalistic background too, having written columns on arts and culture, music and film reviews, and interviews with celebrities for newspapers and magazines. But poetry will always be my first love – and I expect it to follow me on further adventures, questioning my every move.