Could you set the scene regarding your life in Singapore when you were growing up?

I was born in Singapore in 1966. Aside from snatches of memory of living with my paternal grandparents, who cared for me in the first two or three years of my life while my parents were busy working, I really don’t remember that much of the 1960s.

My grandparents lived in a terrace house on Stirling Road, in Queenstown, one of the early public housing developments in Singapore. After I was “returned” to my parents, we moved around quite a bit – from a semi-detached house that my parents bought off Holland Road, to the Upper Serangoon Road vicinity, where we rented different places to be closer to my parents’ workplaces.

I suppose most of my childhood memories are tagged to the 1970s, when I went to St Gabriel’s Primary School at the junction of Highland Road and Yio Chu Kang Road: attending Catholic Mass in the church on school compound, listening to songs by The Beatles and The Carpenters on the radio, watching Chinese films in cinemas with my parents or with my aunts and uncles, and eating chilli crabs in Punggol with the sandy beach beneath our feet.

Were you always drawn to writing as a form of self-expression?. Were you encouraged at school or at home to write?

I remember reading books in both English and Chinese when I was growing up – from the Hardy Boys series and Enid Blyton’s books, to Chinese folklores – but I was never much of a writer. Though in 1981, when I was in Secondary 3 in Raffles Institution, I did get my first piece of writing published – in a literary magazine for students. It was a short story in Chinese. Actually, my grades for Chinese, which I studied as a “second language”, were always better than my English or English Literature back then. I was encouraged to learn to play the piano (I never got past Grade 1). I fared better in drawing and painting – I won some children’s art competitions using oil pastels, but by the time I “graduated” to water colour, I’d lost interest.

I never really gained an interest in writing until I found myself in the National University of Singapore in 1987, studying Computer Science. People have tried to map my interest in poetry to the structure and syntax of computer programming languages, and at some point in my life, I myself might have believed in that kind of association, but I now think it was a mixture of chance, 1980s pop music and bulletin board system (BBS) that brought me together with poetry. Inspired by song lyrics by the likes of Eurythmics and Spandau Ballet, I started posting rhyming poems (more “silly love songs” than poetry) and stories to bulletin boards on the university’s minicomputer and mainframe systems.

By my third year in university, I was writing journalistic articles for the campus newspaper, but my poems didn’t get any better. It was not until I quit my first job as a system analyst/programmer with a Singapore bank to pursue my MBA degree in Texas A&M University in College Station, in the United States, that I began writing poetry properly. This was in 1992, and I so happened to pick up a book of poems by Jim Morrison, thinking, ah, this looks easy, I can do it too.

Around the same time, I saw a notice on campus put out by the university’s literary journal, The Inkshed Press, publicising an informal group that met regularly to share and critique poems. The first poem I wrote, for the first meeting I attended, took around 30min to complete: ‘Away from Home’ is the only rhyming poem in my first collection, Isaac (1997). 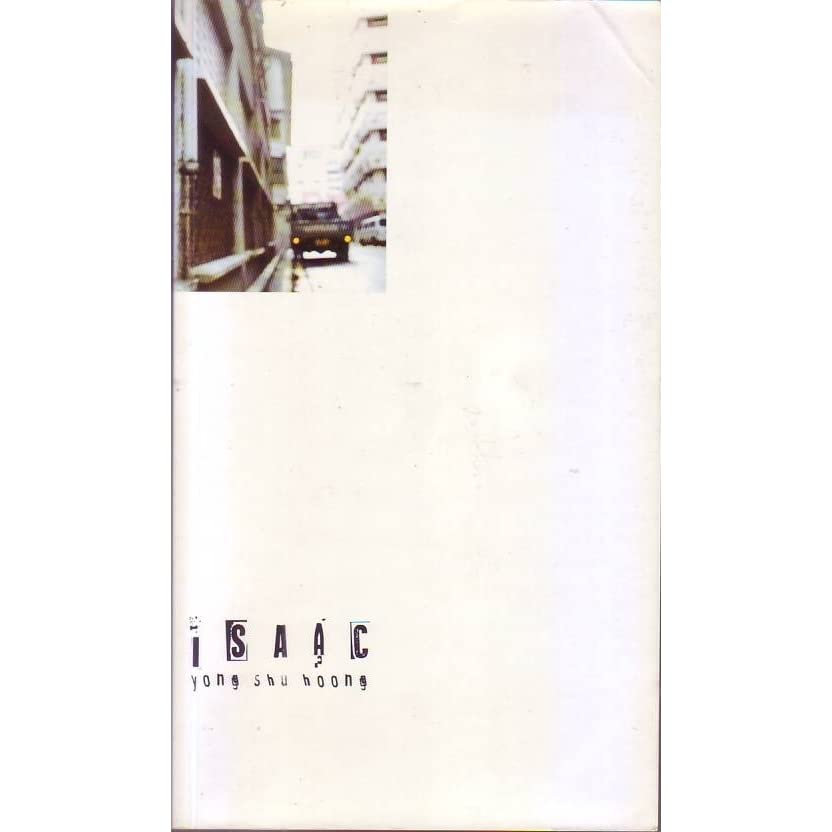 You did your National Service and you also worked in the corporate world – how did these experiences influence your writing?

These are all part of my life experiences. In Isaac, there was one poem I wrote titled ‘Green Days’ which was inspired by my National Service (NS). In my second collection, do-while (2002), there were more army poems, inspired by my reservist training (Singaporean males get called up for regular trainings until we complete our NS obligations as we approach the age of 40).

Of course, being in the corporate world also meant that some of my poems did touch on the drudgery of white-collar work, falling into what’s termed as the “reluctant yuppie” category of Singapore poems. It’s only natural how real life tends to feed, and seep into, one’s writing.