Galway seemed to be the epicentre of poetry, slam and literary poetry, around that time. Did you fit neatly into that atmosphere?

Before I arrived in Galway all I had done was send out poems to magazines and journals when I was in grad school. I had a teacher who encouraged me to do that. I did get a few poems and an article published. When I came to Galway I just kept my head down and I kept on writing.

I was writing fiction, poetry and I was working on a novel. Eventually that novel was sent to a publisher and it didn’t get picked up, which, looking back, it shouldn’t have, as I don’t think it was very strong. Nevertheless, I kept writing and reading and performing poetry in amongst the swirl that was Galway at that time.  It was great for me to meet so many like-minded people and one of those people was the publisher from Salmon Poetry, Jessie Lendennie, and I sent her a grouping of my poems and she accepted them for publication straight away. 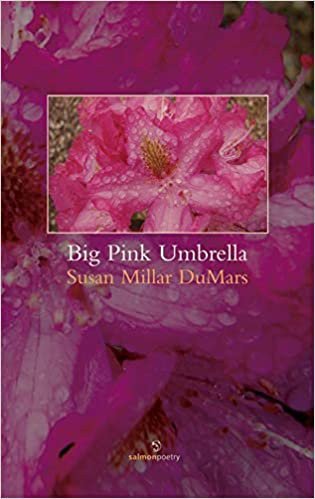 Do you think it makes a difference to have a publisher?

I think it helps because it solves one part of the puzzle. It makes a real difference if it’s a mutually respectful, supportive relationship.  I’ve had that with my poetry publisher.  I have not had it with my fiction publisher, so I know the difference.

In terms of my poetry, I have now had five collections published. The first publication was an amalgamation of everything I had written at the time. The second publication had a theme because I thought at the time, you needed to choose a theme, and I chose the theme of dreams. I would say now that your theme chooses you.

My third book, I really felt that was the point where I became a writer. My mother in law had become ill with lung cancer, and we had to take care of her and after eight months, she passed away. The book “The God Thing” was about that experience. After that, I wrote a book, “Bone Fire”, about middle age. The last book, “Naked”, was about being vulnerable as you get older.  I’ve been able to consistently produce poems because I have the support of a good publisher.

I don’t know quite how to pitch it but I do think I cover issues specifically about women, and, I think I write for an audience of women primarily, if that makes sense. 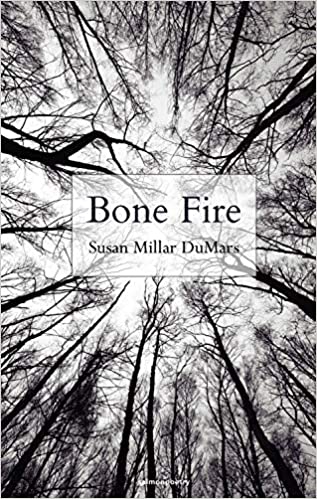 Separate from the underlying themes, are you concerned with structure and economy of language?

Yes.  I do spend a lot of time editing, getting the work down to its essence, and that is the same for my fiction writing. With regards structure, I would say it’s more like the writing dictates what structure is required. I would suggest as you are working on the poems, in a way, the poems dictate their needs. I will polish them of course, but ideas and themes are the key. The content is always the primary force when I am writing.

Is there a distinctly “women question” in poetry generally?

I do think that but I also think it is changing. What still needs to change is support for young women, older women, women from minority and working class communities.  I think that a lot of women come to poetry after they have raised their children and I really don’t think there is anywhere near enough support for those poets. I also think that ‘feminism’ and ‘self-promotion’ are understood by some woman poets to mean the same thing. I think women should help each other more.

You also do Community Arts work as well?

I’ve worked with people with physical disabilities and intellectual disabilities. I have worked with older people and children and teens. I think I have realised that there is a creative impulse which is independent of the intellectual capacity of people. We tend to see things, or at least writers and poets do, at a very intellectual level and that in some situations isn’t useful. I think there is a capacity for people to tell their stories, and that can’t just be put down to the intellect in a straightforward way.

I have experienced situations where people with profound intellectual disabilities have been able to produce stunning poetry, the kind of poetry that knocks you to the floor. I think understanding that that is possible matters, because we always have to find a bridge to where all people can get their thoughts to be heard, to be expressed.

I am working on a new book.  I received a bursary from the Irish Arts Council, and I’ll finish that book in January. It’s a themed book of short stories.  Interest seems high; fingers crossed.  I have a novel planned after that.  And I’ll have another poetry collection out in 2023