What was it about Slam Poetry that enthused you?

I think there was a sense of community at the first slams I attended. It was as if you were going to a party and you also had a chance to be the life of the party as well because you could perform at the events. There was a spotlight on you for three minutes and you gave it everything you had in that moment.

Everyone was friends with each other, and there were catchphrases that everyone knew and I think also that it came just at the right time for me because I had just finished a semester working on a creative writing course.

We, the students who had completed the class, were asking ourselves questions like, what do we do now. We could have sent our work to journals and hope that something was picked up and published, or we could meet up on our own which wasn’t going to work, and here was this slam event where you could get immediate feedback on your writing. It just made sense and it was pretty amazing.

Were there any particular themes you explored in your writing?

I don’t think I was exploring any specific themes although I think I was happy that Slam allowed you to be painfully intimate, but at the same time you could use humour to soften the blow. I really liked that you could do that and for whatever reason it really suited me. I found I was able to write that style of material.

You run events and you have also produced a collection?

I decided to run an event in London, actually Hammer and Tongue Hackney asked me to host an event, and that was a bit of a surprise. I never really thought of myself as a host but I tried it and I liked doing that. A friend of mine and I decided, after meeting other poets at the Edinburgh Fringe, that we should run our own show. It was called “Forget what you heard about spoken word,” and it was quite successful.

I returned to Singapore in 2013 and it was a very exciting time for Spoken Word, because there were 4 spoken word and poetry events happening at that time. I was asked to help run one of those events. In 2017 when various organisers were tired and had moved on and shows were shutting down, I decided to set up a new show.

My debut collection was entitles, “Roadkill for Beginners”. 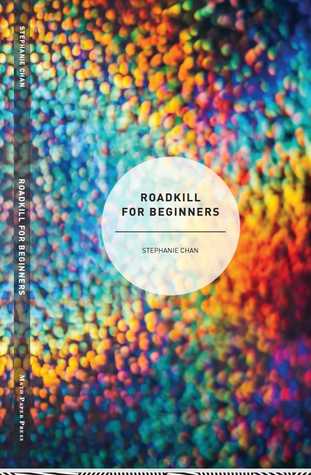 You also do comedy shows as well?

I do and I do all sorts of things to keep my career turning over.

I got into the habit in London of performing at least 4 times a week and when I returned to Singapore that really wasn’t possible by only performing poetry.

I saw that there was a storytelling event and so I started going along to that. And then started to look at comedy as well, and what I was really trying to do was keep my performance skills ticking over and I just had to find as many avenues as possible to be able to do that. I have also toured quite a lot, Australia, Malaysia, the United States, and Germany

And where to now?

Well, I am not working full time as a poet or a performer at the moment. Covid 19 has meant that it isn’t possible to do that. I have a job now but I have kept the “Spoke and Bird” spoken word event going because we were able to move things online although we are starting to return to live events.

I really would like to maintain my writing career and I hope to produce two poetry collections or at least that it what I am planning to do. I also want to maintain the comedy night that I run and help build the comedy scene here as well. If I can keep that going then I will be happy.