Did you have to secure permissions for the material you use during the tour?

One of the key elements of the tour is access to The Verb Hotel which houses a small sample of artifacts from the David Bieber Archives. David Bieber was the Creative Services Director for the radio station WBCN in Boston which revolutionized FM radio with its free form programming approach. It was an extremely important institution for promoting music. WBCN was influential in breaking local bands like Aerosmith and The Cars, as well as bands outside Boston like the Police. The Verb Hotel welcomed me and that was incredibly important because it offers material which again brings the city, and the musical events which took place here, to life.

With regards to the other information and materials that I use, The Music Museum of New England, has been a great resource. Likewise, I utilized the Boston Phoenix Archives at Northeastern University. The Boston Phoenix was our alternative weekly newspaper, so I went through there to get access to old photos, interviews, things like that. I also bring my own artifacts on the tour including a Remains’ ticket stub from when they opened for the Beatles in 1966.

Not yet. Hopefully, as the tour gets more popular, people will reach out.

You also do a private tour as well?

Yes, but generally I cater that tour to what people actually want me to concentrate on. I imagine it is quite similar in Belfast, but each area you stop at in Boston has decades of information associated with it. And therefore, each stop on the tour allows you to cover a lot of general material and then you can pick a specific moment or artists or venue and expand on that.

What about the Van Morrison connection?

The Van Morrison connection to Boston is an incredible story, well documented by Boston musician and author Ryan Walsh in his book “Astral Weeks”. Essentially, Van Morrison lived in the Boston area during a very dynamic period for the city (and country). WBCN was just starting to switch its format, and future Rock and Roll icons like The Velvet Underground were frequently in town to play our legendary venue, the Boston Tea Party. Many people are unaware of Van Morrison’s (and the Velvet Underground’s) connection to Boston. And while it’s not the focus of the tour, it’s an important highlight. At the Verb Hotel we see an original poster featuring the Van Morrison Controversy from a Boston gig in 1968. 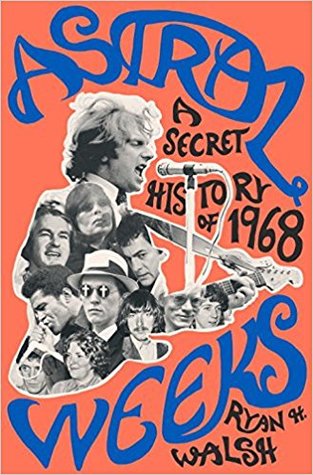 What about other musicians?

From Jazz, Folk, and Rock, I try to cover a lot of ground on the tour. Other artists I highlight include The Remains, Pixies, Joan Baez, New Edition, The J. Geils Band, Jonathan Richman, Radiohead and many more. In general, I find most people are attracted to the tour because of a general interest in music rather than a specific artist. Ultimately, with whatever band I discuss, my goal is to do justice to the bands who played in Boston and especially which made history here.

My focus right now is to connect people who visit Boston, to be inspired to go and check out live music in Boston. And now that the tour is established and the narrative is solidified that is how I see the work developing as I go forward.

For more information about the Soundscape Music Tour in Boston see the following link – www.soundscape-tours.com/