Home » null, The Monthly » The Monthly interviews Paul Kane from the Oh Yeah Music Centre and host of the Belfast Bus Music Tour – Part 1 – The origins of the music tour

Could you give the readers of The Monthly a history of the Oh Yeah Music Tour?

The NI Music Exhibition and Belfast Music Bus Tour were developed with support from Belfast City Council and Tourism Northern Ireland. You can see the music exhibition displayed at the centre.and Stuart Bailie, the CEO at the time, wrote the first script and hosted the tour.

It is important to say that when there are big events in town or there are writers or journalists visiting Belfast, we are often asked to organise for people, especially from the music industry, to go on the tour. We get approached by Tourism Ireland and Tourism NI to organise tours as well. There have been a lot of people from all over the world, people from Nashville, Australia, England and Europe who have taken the Belfast Music Bus Tour.

How did you end up as the guide for the tour?

When I came on board they suggested that given I was a musician, I had a fair bit of experience of the music scene both in a contemporary way and I had a good historical knowledge, I should take over presenting or hosting the tour.

What was your musical history?

I have played in bands for over forty years, playing both original music and covers. As a teenager I grew up during the punk scene although I was never part of that scene as I was into other kinds of music like Rockabilly and Rock and Roll.

I would have gone to quite nefarious places like The Bailey Bar which was at the heart of the red light district around near the Albert Clock. There was another bar called Dubarry’s where prostitutes used to work out of. That is around the area where McHughes Bar is now.

For our own politics, that is the people I was friends with and would play music with, we used to go to the Labour Club. The Labour Club was opposite the Merchant Hotel, and a great thing about that club, apart from the politics, was that pints cost 45p, so many musicians would have had a drink there. 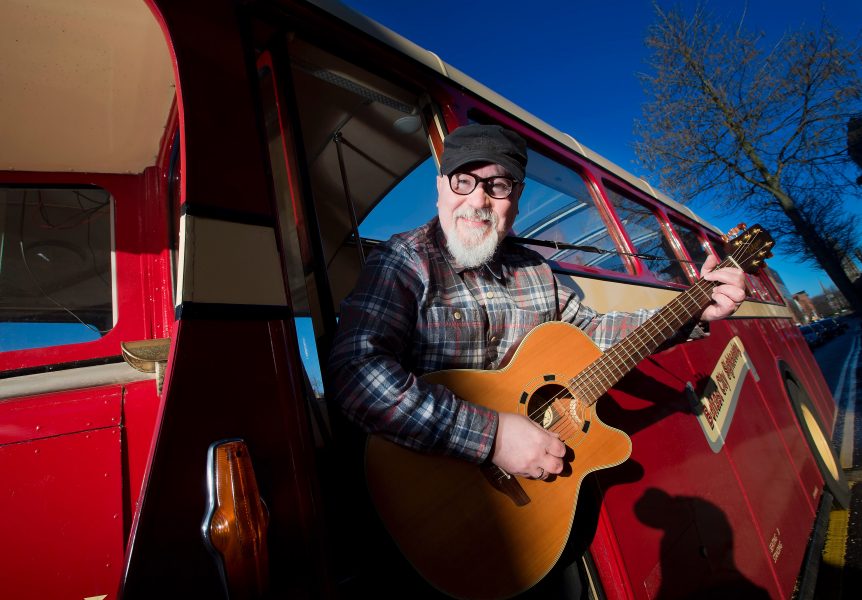 What other venues were there?

There was Lavery’s Bar, the old Crescent Bar up near Botanic, the Delta, the New Plaza, and various other places that I would have frequented and played in. And I like to incorporate some of my history in to the tour.

You can learn more about the Oh Yeah Music Centre at the following link – www.ohyeahbelfast.com/

You can book a seat on the Belfast Music Bus Tour at the following link – visitbelfast.ticketsolve.com/ticketbooth/shows/873633581