Home » null, The Monthly » The Monthly discusses the writing of a biography with Mark Mordue, author of “Boy on Fire:The Young Nick Cave” – Part 2 – Planning and Structure

How did you go about planning the writing of the book?

I suppose my more usual approach, unfortunately for me in some cases, is that I see writing itself as a pathway to problem solving and finding solutions. Often an image or a phrase or even a mood will provide some kind of central momentum that opens up the form of the story for me. You discover the form in the pattern-making process of the writing itself. That exploratory approach can work extremely well if you are developing a short piece, or even a feature, for more immediate publication, but that is not such a good way to go about writing a book. It opens up the way to getting lost and you will, as I did, go down many rabbit holes which lead you away from maintaining your focus on a very large and demanding central task.

How did you avoid that pitfall?

I don’t think I did avoid the pitfall. But I am not saying my usual process is entirely a negative either. You’re just making a lot more work for yourself. And that trade-off between a more exploratory approach, using writing as a process to search for what is true, and having some basic targets that keep you on track, is pretty important to distinguish.

Developing a time-line is fundamental. It naturally suggests a chronology and, in Nick’s case, a set of geographical locations in which his work was rooted and marked by ‘eras’. You then need to introduce thematic forms and structures that fit the chronology and geography; so that was my next step given I was already familiar with Nick’s work.

You also need your research, which is perpetual from beginning to end of the writing process, examining a quite substantial amount of written history, of reviews and interviews with Nick Cave and others over the many years of his career. Keeping an eye out for connecting tissues between things… details, contradictions, symbolic information. Then there were the interviews that I conducted with the many people that were a part of Nick’s life.

I was looking especially for people who may not have been approached before for their opinions. There was, of course, a lot of musical and artistic material to evaluate, and while you are doing this, you are trying to work out how to blend it all together.

There is another element to all of this that’s important too, which I mentioned before but it’s worth reemphasizing. I had lived through this same cultural era, especially the early Australian period of Nick Cave’s life, and the whole punk and post-punk thing. It reinforced ideas I had about aesthetic intimacy: I not only had to know the material, I had to “feel” it as well. I had to have a “kinship” with it. The writing had to be invested with more than just an historical, analytical energy; it also had to have a sense of authority about the work and what was happening in the moment, so that you could feel it in my voice, in the telling of the tale, in the drama, the humour, the presence of being in the story.

How did you organise your approach?

I began to work on the structure and I started with the more obvious elements of Nick’s biographical and personal history; his family background, the early years through to his teenage years… and that suggested a pretty basic disciplinary form using chronology and place as my starting points: Wangaratta, in country Victoria, where Nick grew up; Melbourne, where the band, “The Boys Next Door”, was formed and where he began to develop as a young artist. Then you have the move to London where the band, “The Birthday Party”, took shape.

From there, Nick establishes himself as a solo artist in Berlin, he then moves to Sao Paulo, in Brazil, where there is an intermediate stage; he has a son Luke, he tries to give up heroin, and then there is the return to London. There are stints here and there elsewhere, but those places provide pretty clear anchors. Once you have those phases loosely demarcated you can move beyond the chronology.

There’s the landscape in deeper ways, and how each geographical area and the culture existing there impacted Nick’s artistic development. Again there was a substantial amount of information to cover – each place has its own significance, its own set of characters, its own set of influences which contribute to Nick’s development as an artist. Nick would refute that idea in some ways but even radical introspection is a reaction to environment and circumstance to some extent.

It sounds like there are a series of structural pathways you had to carefully plan out?

Yes. And there’s more still. You then have the literary influences, what Nick was reading at certain junctures and how that was affecting his thinking and his lyrics and his attitude to the world around him. Particularly his obsession with Milton’s “Paradise Lost”, which is evidenced in a number of his songs like “Mutiny” and “Red Right Hand” and “Song of Joy”. Then there’s the more direct religious influences with Nick talking about a shift in his identity from the Old Testament to the New Testament, which is made explicit in the album, “The Boatman’s Call”. And many other influences besides those I’ve mentioned… lovers, art, drugs… many areas of research which have to still connect within the overarching narrative structure.

Was there an underlying structure beyond time and place that could help the writing process?

I started to see patterns where the narrative could resemble Milton’s “Paradise Lost” and I thought about using the key moments in that book as a sort of symbolic structure. I know it might seem a little pretentious, but the parallels might be explained using the following climactic points: his father expels Nick from Wangaratta – God expels Satan from his Kingdom; Satan gathers his evil angels around the burning lake and creates Pandemonium – Nick meets up with the people who will form the band, “The Boys Next Door”, and they galvanise others and grow to a sort of dark fruition at the Crystal Ballroom, a venue in Melbourne.

From there, Satan travels across space to wreak havoc on Eden – Nick travels to London, where he creates, with the other members of “The Boys Next Door”, the band “The Birthday Party”, which had a sort of demonic presentation, and in some ways offered a powerful and destructive influence in the home of culture in England.

Now, whether people would pick up on those symbolic structures didn’t really matter. It’s nice if they notice me working on that literary level. But what really mattered was that I had a symbolic structure to allow me to knit everything together, a hidden form I could see. And once you have that, then all sorts of other elements feed in to complicate, enrich and refine the more basic structures of place, chronology and the outward impact of cultural and personal influences. 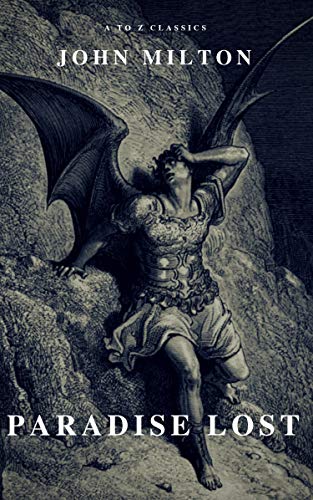 The truth was that I didn’t get far into that process, partly because it was such an overwhelming story. And, as I suggested earlier, Nick Cave’s life has so many constituent parts beyond the immediate subject matter. In the end my book stops at the point where Nick along with “The Boys Next Door” are leaving Melbourne to wreak havoc in London.

Even so, I’d argue that the basic geographical and chronological structure I set out – and the symbolic structure I am talking about with regards “Paradise Lost’ – were very useful in providing an approach to cohere all of the different threads of this particular artist’s life. For sure, it allowed me to invest the book with a subterranean or secret energy that I think gives it extra life.