Did poetry feature in your childhood?

My family moved into the Rathcoole Housing Estate when I was about five years old. I was actually born just outside Rathcoole, in a timber-framed bungalow called ‘Rosebrook’, at the bottom of the Doagh Road. My grandparents on my mother’s side owned that house, which was only a few hundred yards walk from the entrance to the Rathcoole Estate. We left there for Dromara, Co. Down (the nearby Mourne Mountains are still my spiritual home), but when my father got a job in ICI, Kilroot, we moved back north of Belfast and into 196 Derrycoole Way, Rathcoole. The house is still there, on one of the main arteries which run through the estate.

I can see how everything starts from there, not necessarily directly with regards to my writing, but indirectly, and if you grow up before The Troubles kick off as I did, then the memories, my early childhood memories, are all very good. I had lots of friends. Despite living in a growing concrete jungle, we had wonderful scenic spots close by, like Carnmoney Hill, and Cave Hill, and you had a short walk to Hazelbank Park on the shores of Belfast Lough. 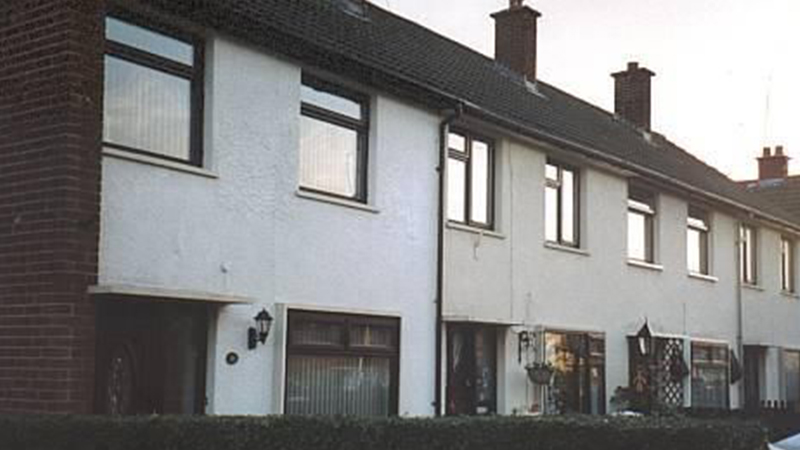 I would walk down to my grandparents’ house and they were country folk, even though my grandfather worked in Harland and Wolff shipyard. They were from a farming background; real Scots-Irish country people, from Ballyclare and Ballymena. And ‘Rosebrook’, that little bungalow on the Doagh Rd was like a rural oasis, at least to me, with the cockerels and the hens, Ruff the border collie, chestnut trees, rhubarb patches and old bike sheds, only a few hundred yards away from urban Rathcoole.

And all of these memories, that mix of urban/rural imagery have shaped aspects of my writing, my poetry, from when I started, right through to now.

But no, actual poetry, as in books of poems, or any books for that matter, didn’t surround me in childhood. If there was a ragged copy of an old paperback western, or a newspaper, lying about, that was it. (Or the odd ‘magazine’ I wasn’t meant to see that had somehow made it’s way home from an ICI late shift!)

What about school? Does that have an impact?

I went to Whitehouse Primary School which was also very close to my grandparents’ house. I would go there after school before I would head on home and so there was a sense of having one foot in the city, the streets, the concrete of Rathcoole, and all that came with it, and the other foot situated in the country-style-bungalow close by.

Your early life sounds almost idyllic. How does poetry emerge?

At Whitehouse Primary School we had a fantastic football team. We had players like Jimmy Nicholl, and big Bobby Campbell … Jimmy went on to play for Manchester United, and both guys played for Northern Ireland. I was a pretty good football player, I have to admit, very passionate about football. I was sports-mad and played football all the time, and that team won just about everything. I remember Linfield legend, Sammy “Save Us” Pavis, presenting us with our Belfast Telegraph Cup medals.

After the older guys like Nicholl had left school, I captained the school team. Now, this sounds a bit strange, but I knew that if I passed the 11 plus I would be sent to a ‘good’ school where they wouldn’t play football. So I failed my 11plus, and I think I did this deliberately. I really did think that if I went to a Grammar School then I would not be able to play football and that wasn’t what I wanted to happen. 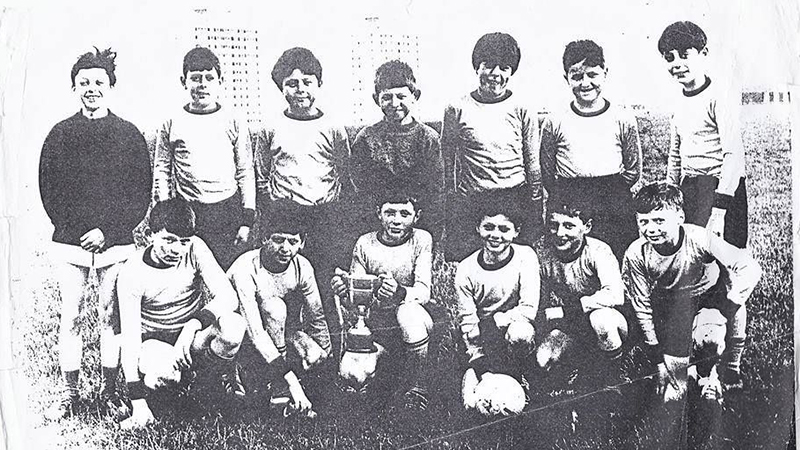 My father realised that I hadn’t seriously tried to pass but had still only managed to fail by 2 marks, and he sat me down and told me that my parents were going to pay (Lord knows how!) to send me to Ballyclare High School (where my mother and my uncle Samuel had gone) to do ‘the Review’. I wasn’t happy!

But at that time The Troubles were just starting and people my age were starting to get sucked into the kinds of activities that would end up seeing some of them kill and get killed.

My father had no time for paramilitaries, he was already standing up to them physically at that time. He was a genuine hardman (earned the nickname, ‘One-Punch-Ken’), and he and my mum could see how I might have gone down the peer-pressured sectarian road, and they were determined to make sure that didn’t happen, so that’s how I ended up at a ‘good’ school.

And does the change happen there?

I was kind of angry at my parents for quite a while but looking back I can see that thanks to them my life was directed away from the paramilitary road. I think my folks could see that through the kinds of activities that took place in Rathcoole – underage drinking, drugs, fighting, all that good stuff – if I went to the local secondary schools (like childhood mates like John “Grugg” Gregg who went on to be an infamous paramilitary leader), the direction my life might have taken could have been similar. 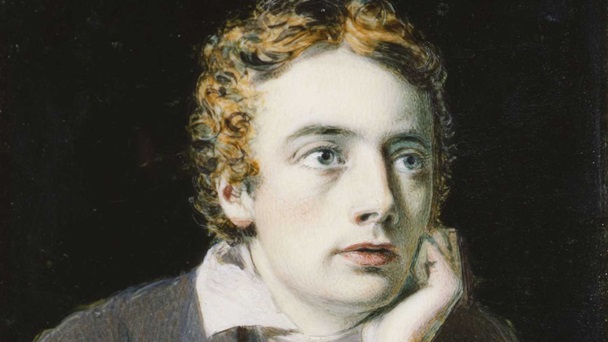 When it came time for ‘O’ levels, I was sitting in the classroom waiting on the new (to us) English teacher to show up, and this teacher, who most people would make fun of because he wore academic garb when no one else did, and he wore horn-rimmed glasses and was a figure of fun really, Samuel Thomson, well, when he entered the room, opened his mouth and read “Ode to a Nightingale” from memory, from that moment on it was as if a magic wand had been waved over me.

My heart aches, and a drowsy numbness pains
My sense, as though of hemlock I had drunk,
Or emptied some dull opiate to the drains
One minute past, and Lethe-wards had sunk:
‘Tis not through envy of thy happy lot,
But being too happy in thine happiness,
That thou, light-winged Dryad of the trees,
In some melodious plot
Of beechen green, and shadows numberless,
Singest of summer in full-throated ease.”

I can remember saying to my friend next to me, “What the f*** was that?” and he said, “I think he said it was a …. poem?” So there I am, from working-class Protestant Rathcoole, which goes on to be one of the most notorious estates in Northern Ireland, still the sports dude (only now with rugby), and suddenly I love … poetry!

Once you get interested in poetry did you get support at home?

My parents supported me by getting me into a good school, and as I said they made sure I didn’t get sucked into the developing situation regarding paramilitarism. My parents protected me in that fundamental way, and that is the kind of support that, looking back, was essential.

My mother, who is still very much alive at 84, is very proud of my writing and that I lecture in the United States, but she doesn’t read my poetry, I don’t think. (I have a jokey poem about that!)

My father died a few years ago in Cape Town. I remember that when he would come home from the 3-11 shift at the factory, maybe with an after-work beer or two or three in him from the ICI social club, and if I was up, my bedroom light still on, he would knock on the door and come into my room and get me to read what I was reading, to him, and it was nearly always poetry, and he would analyse the poetry in his own way and we would discuss what I was reading. He had a wonderfully keen intelligence.

So I think my parents both loved, in their own quiet, largely unspoken way, what I was doing and what I went on to do.

See more of the work of Adrian Rice at the following link – www.adrianrice.com/