Going back through the mists of time, Masque, originally called The Hall of Fame, started around about June 2000 with Sally Young as its very youthful project co-ordinator. Intended to be a large scale puppet project it involved groups from all over Belfast in making caricatures of their local heroes in puppet form. These giants were met with critical acclaim, winning “Best in Show 2001” at the Belfast Lord Mayor’s Show, and earning their keep from being hired out to high profile public events in the likes of Sligo and Derry.

Under the watchful eye of then-time Programme Co-ordinator Joe Sheehy, The Hall of Fame remit was extended to include other forms of Carnival and Performing arts, and changing its name to the “Masque” we all now know, love and often misspell. Groups could now work on a wide range of activities such as dance, drama, storytelling, mask and costume making, stage make up and set/float design.

Whilst the Project has a track record of providing cross-city links for large scale performance events, participants can choose to focus on smaller community based performances and celebrations. For example, the participants from Galbally Youth and Community Association worked with artist Anne Marie Taggart transforming a farm trailer into a traditional bow top Gypsy caravan, for use as a float in their interculturally themed carnival parade for Community Relations week in 2015. 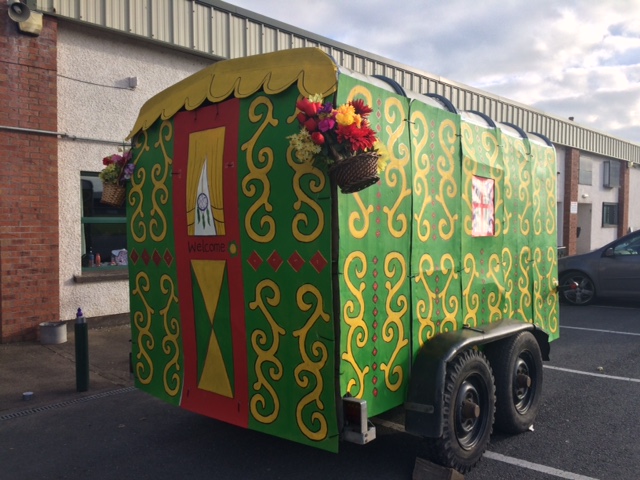 Sometimes art may be used as a tool for bringing new members of a group together, giving something for them to work towards, something they begin to have in common. An example of this was when the Westville Family Resource worked as part of Masque to develop a programme entitled “Creativity Comes from the Heart” with artist Pauline Hart, that brought new members of a mother and toddlers group together to work on the topic of “flowers”. The group members worked over a period of seven weeks creating beautiful blooms out of paper and other materials, which were displayed in Westville’s new premises, to the acclaim of the local press and community. 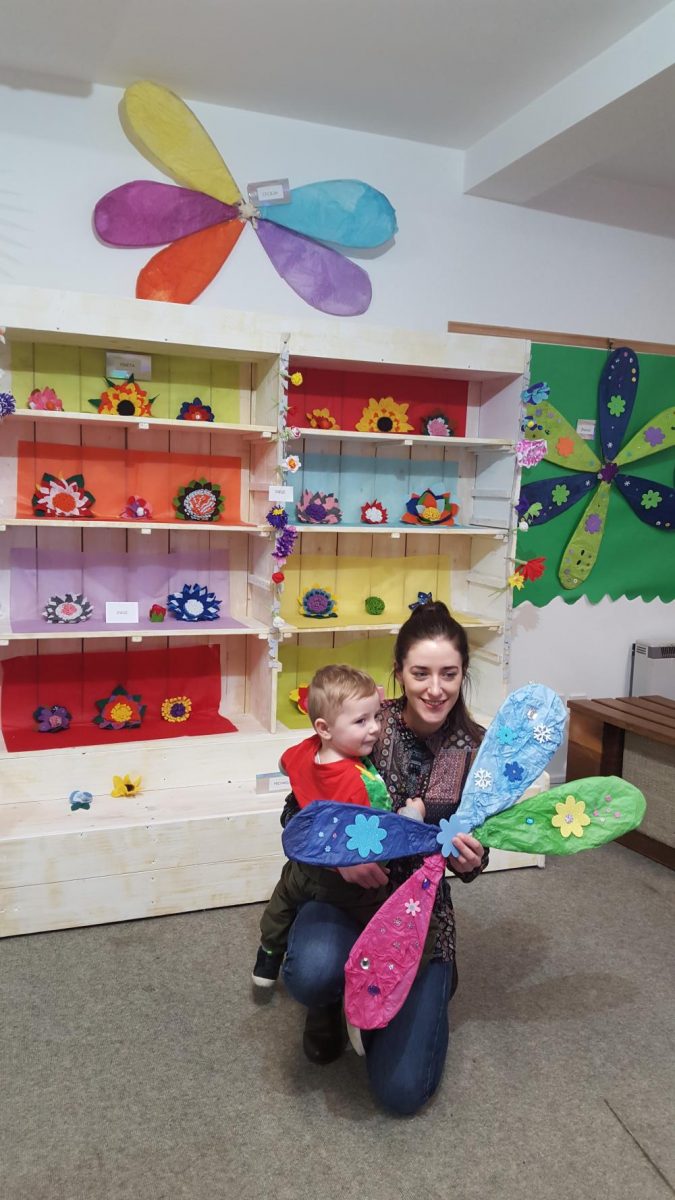 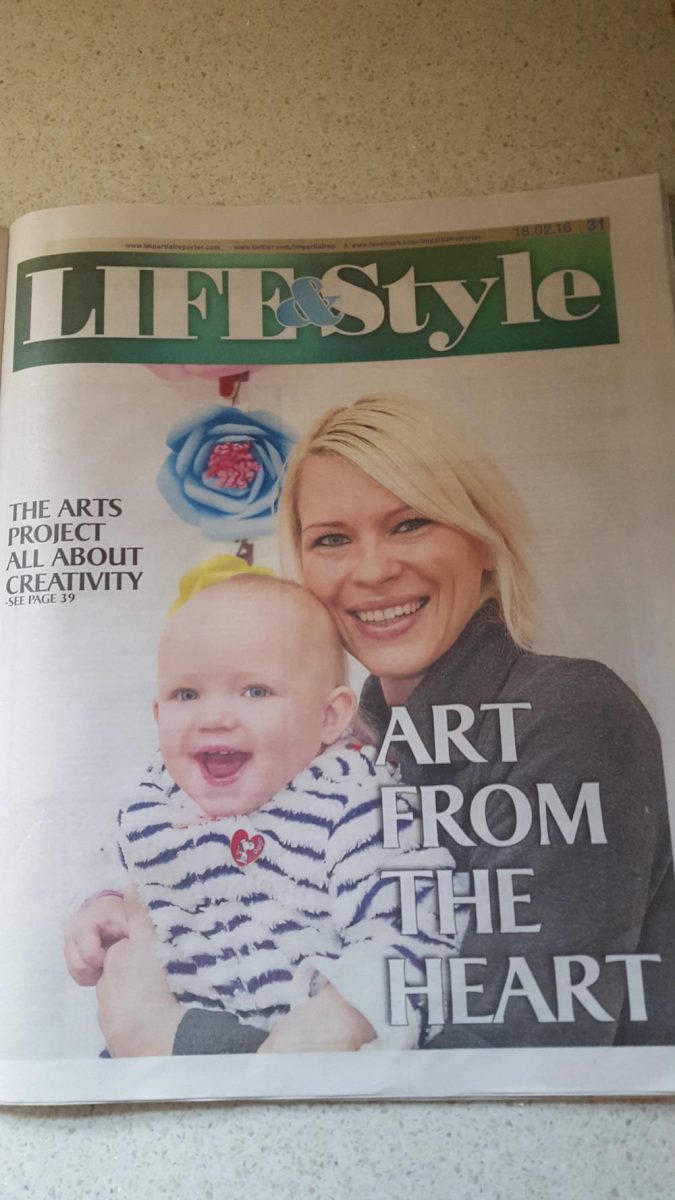 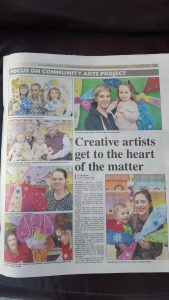 Occasionally projects take Masque back to its roots in the Carnival Arts, such as our enthusiastic friends from the Ballymoney Community Resource Centre Rock School group, who fancied trying their hands at some colourful costume making. The group’s pieces were themed on two colourways, the sun and the moon , contrasting the light and the dark. The final creations were professionally displayed in the Ballymoney Museum gallery space along with documentary photographs of the work in progress.

The Shankill Women’s group got into the Carnival Spirit using their participants’ extensive sewing and crafting skills with artist Dearbhla Reynolds to create these spectacular Rio inspired (but Belfast weather proofed) costumes for a local Community Parade.

Sometimes people just need to tell a story, express themselves and share their life experiences.

In one past Masque project, young people from the LGBT youth group GLYNI successfully used the performing arts to express their take on identity and issues that affect them in their own lives in their own community, performing a short piece they had written and rehearsed as part of a Belfast Health and Social Care Trust conference on diversity, health and wellbeing.

Teenagers from Olympia Youth Centre just wanted to make something to remember a good friend who had died at a young age from a life limiting illness, a piece of work that would act as a reminder of their friend’s personality and spirit, that they could display in the youth club they all attended, in remembrance of her.

This year the masque programme is going from strength to strength, with artists working throughout Northern Ireland; Carole Kane is leading the Portglenone Men’s Shed group through the process of willow lantern making with the view to organising a seasonal lantern parade in the town later this year.

New to Community Arts Partnership is the theatre company “Exit Does Theatre” working in Fermanagh, and artist Trisha Campbell working with young people attending the after school club at Larne Community Care to design a mural to decorate their outside play area.

Watch this space for forthcoming projects with the Association of Bulgarian Culture and Education in the Armagh area, getting messy with the wee ones from Cathedral Nursery School in Belfast, and unleashing the drama in Knocknagoney Community Centre!