How does your career develop after Muck Island is released?

I have often said to people that after Muck Island was released, it was as if a trapdoor opened and I fell through it. Ross knew what was going to happen to us, and he accepted the affirmation and flurry of acclaim quite easily and readily.

Shortly after the Muck Island box was released The Tate Gallery flew him over to London and they bought one of the boxes for the collection. The Lamont Library in Harvard and other notable libraries like Swarthmore College library bought them, and then the Irish Collection at Boston College, and the Boston Museum of Fine Arts acquired a box, too. 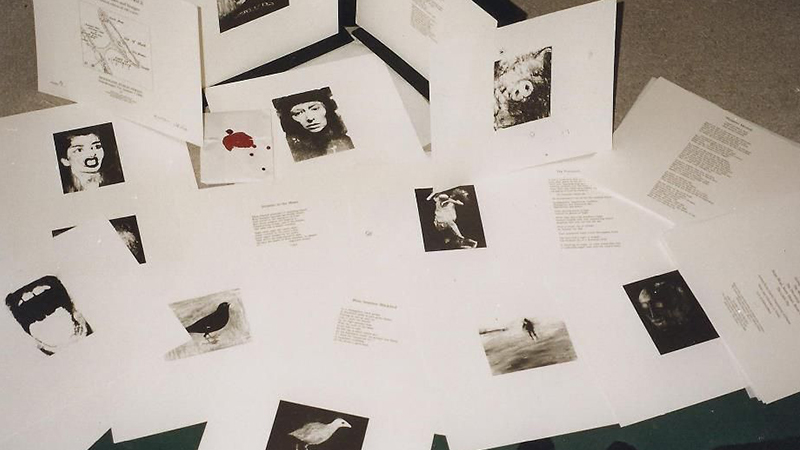 We did interviews on BBC, and UTV, and they did wee TV documentaries on us, and at one point I was asked to make documentaries on William Drennan, good things like that. There was an article in The Belfast Telegraph which talked about the Muck Island box being the only item that The Tate Gallery had then purchased from Northern Ireland (though I think that must be wrong, surely).

We were parachuted into the cultural fray so to speak. I was 28 when I wrote my first poem, so I just wasn’t expecting the impact of that first project. When I look back on it, it was a very risky project to produce the Muck Island box. No one was really doing things like that at that point in time. (I think it was the poet Gerry Hull who called it “one of the more interesting, neglected sub-texts of the 90’s”. Good oul Gerry.) In some ways, it was even risky thinking that we could produce such a work in the first place, without a reputable publisher, et al. 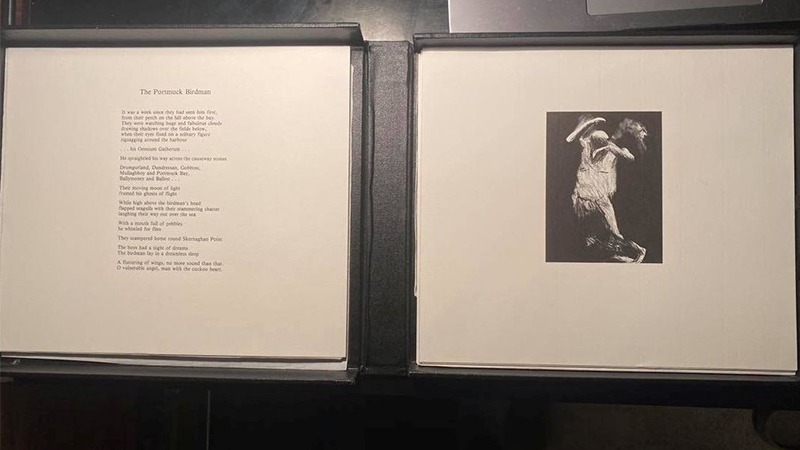 What comes after that?

Well, in some ways you expect to develop incrementally. I was working my way through reading everything I could and working on my writing, and if you did good work, the idea would be that whatever ‘success’ is will be built up over time, and you will be noticed for the work.

People were not expecting what I did with Ross for that first project. I kind of came from nowhere. Folk knew of Ross’ rising star, but I was completely unknown. (I remember one famous Ulster poet who read my early poems and said: “F*** me, young Rice has come out fully formed!”) After Muck Island, folk weren’t expecting the writing of The Mason’s Tongue, and then the next book appeared over here, in Hickory. In some ways, it feels like I was constantly, without planning it, defying expectations. Kind of reinventing oneself very naturally, given the change of country, etc. 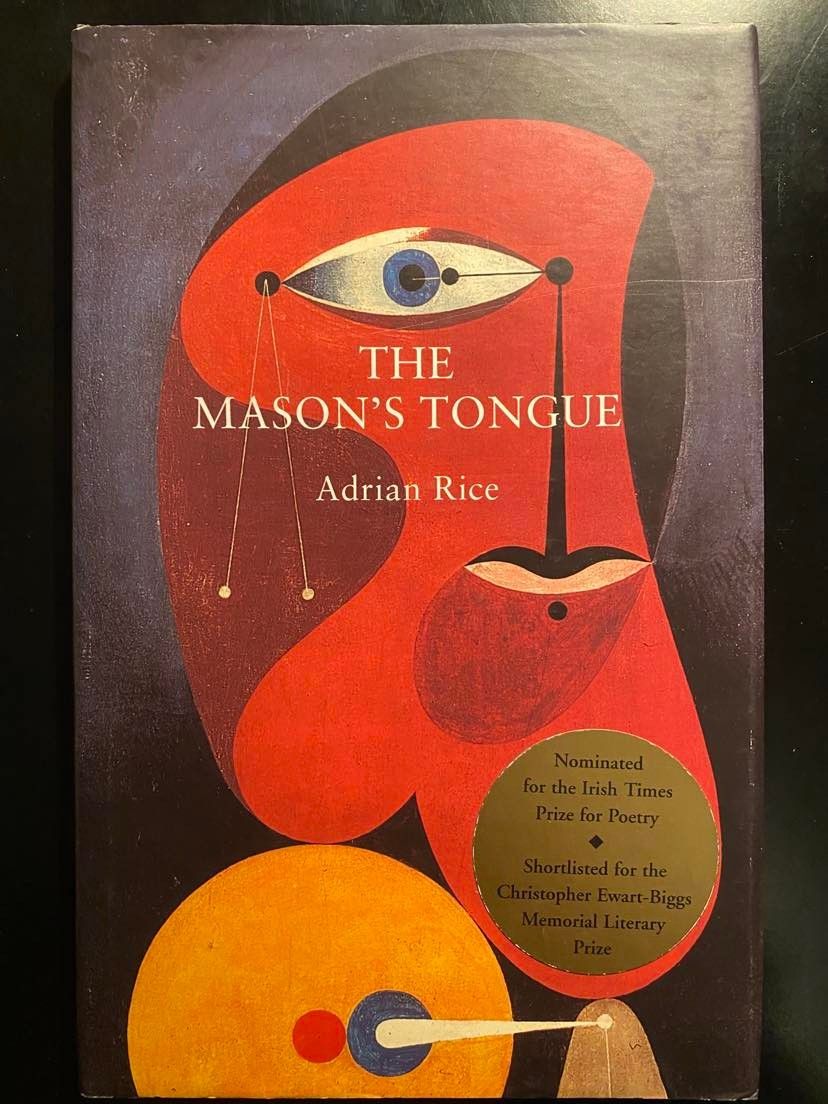 Up until that point, what themes were you investigating in your writing?

For better or worse, I knew that I was not going to be connected with the orientation of people like Seamus Heaney, Paul Muldoon, John Montague or even Medbh McGuckian. That would not be the (Catholic with a small ‘c’) lineage that I would be connected with.

I was coming from a Protestant working-class background, from Rathcoole, and was looking at issues and ideas from that point of view. Not always directly, but always instinctively. (Now my life was a little more complicated than that actually, and I have many Catholic relatives because when I was 18 and my Dad was 40, he found out that he was actually a Catholic from South Armagh! Long story! He had been fostered as a kid, and brought up by Presbyterian parents … but that mixed heritage discovery was welcomed by me, a kind of affirmation of my natural cross-community DNA, as it were.) But there was an assumption that I was writing in the vein of John Hewitt, and the likes of William Drennan before him, and so forth. That sense of lineage is allocated to you because of where you are from. Now I didn’t mind being connected to the Ulster Protestant dissenter tradition. ‘Dissenter’ is a badge of honour to me, for sure. However, I didn’t necessarily see myself as slotting perfectly into that tradition, but I had respect for it, and for the likes of Hewitt (who I got to meet in his house for a whole day late in his life – what a treasured memory that is). So I could live with it, with no problem. 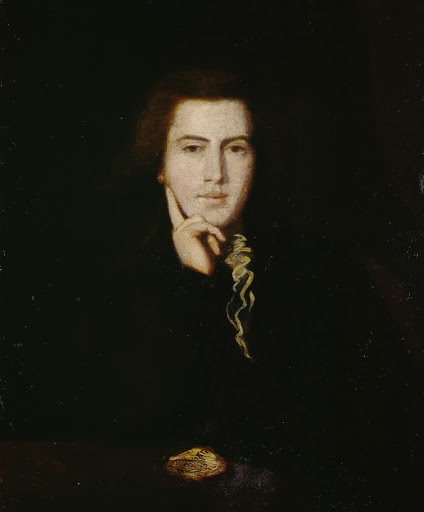 Were you conscious of the influence of that tradition in your writing?

I think so, although sometimes it is hard to reflect on the motivations for writing certain things. I do think I made a decision to challenge the ideas of the Northern Ireland situation, and I think I coined a phrase in one of my published essays on William Drennan, “radical neutrality”, to describe my approach. I wanted to hold up both extremes to examination, not saying whether one was right and the other was wrong, but to examine the extremes and to challenge the positions, the nightmares those extremes were taking us to.

I knew, for instance, that to write and publish a poem like “The Mason’s Tongue” was going to pit me against hardliners in the community I came from: the jobs for the boys, Orange Order-loving folk, and their particular way of seeing the world. And I also knew that the other side had a similar situation which needed to be critiqued.

While there were many senior poets and writers who were given public acclaim for writing that offered alternatives to The Troubles mindset, there were many others of us who were also doing that, a real cultural underbelly if you like, and we were writing in quite hard-hitting ways as well. (I was almost completely freelance in those days, and by spreading the gospel of the good word of poetry in schools, colleges, community groups, readings, conferences, TV & Radio, I earned death threats from both extremes, something that was certainly unnerving, but another badge of honour, even then.)

To see more of the work of Adrian Rice see the following ink – www.adrianrice.com/